Once the teams have been shown to the judges, and their scores for costume evaluated, there is a grand parade from the beach, through the town and back via Fore Street, the lifeboat station, the Wharf and Bunkers Hill. This invariably picks up a crowd of curious onlookers to swell the numbers on the beach at Porthmeor to watch the event. This originated from the 2013 event when conditions at Porthmeor were red-flagged as too dangerous and the early rounds took place at the Breakwater after everyone marched there to get the competition underway. The spectacle proved so amusing to participants and public alike that a parade has become an integral part of the day now. Here’s 2017s version! 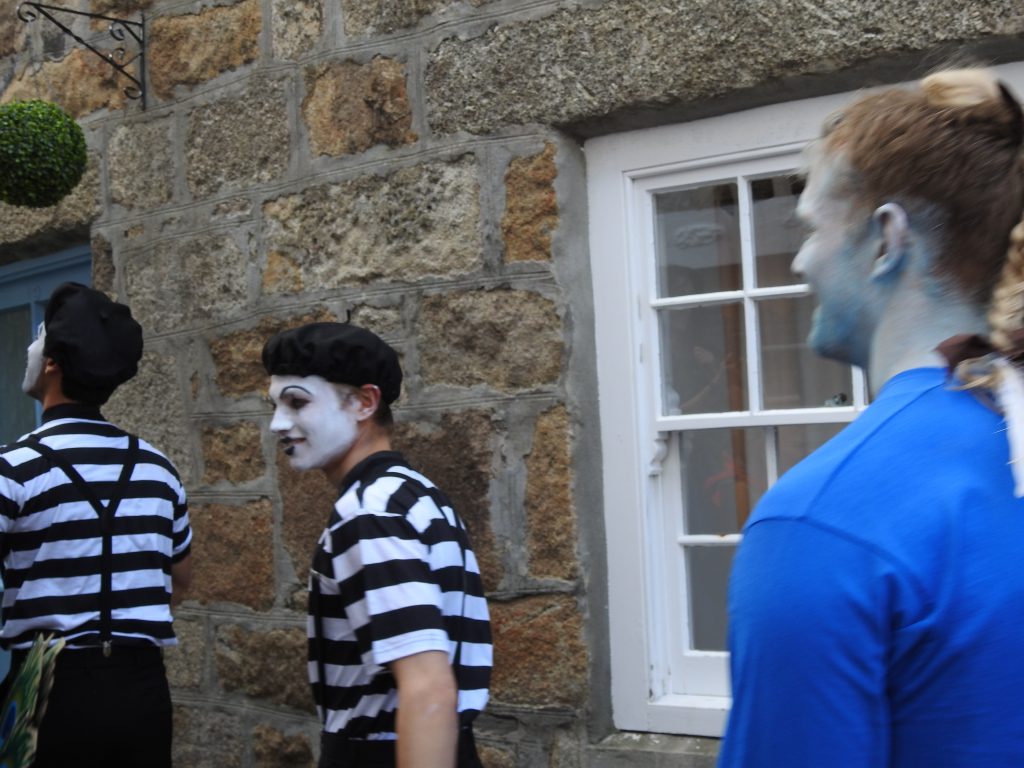 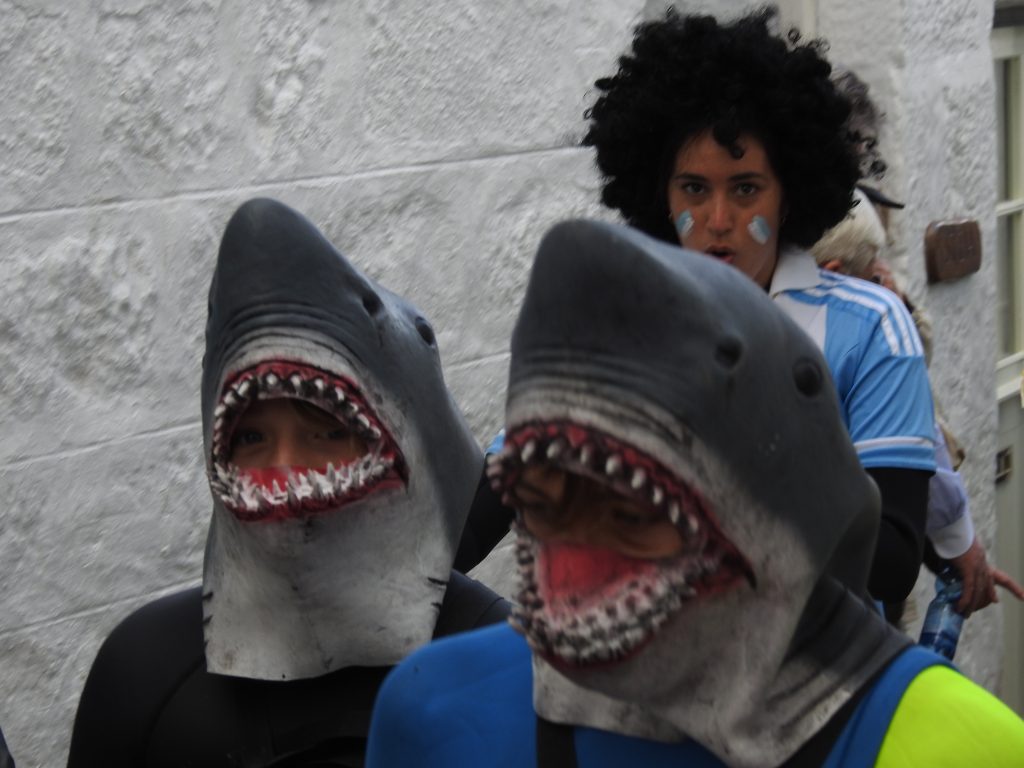 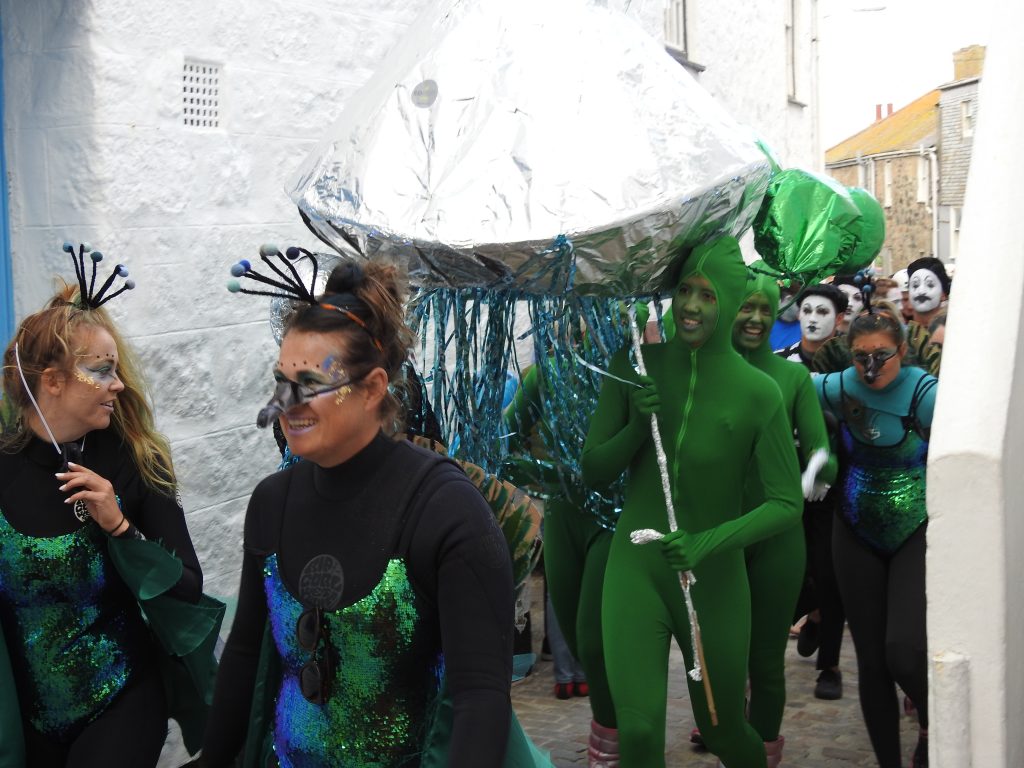 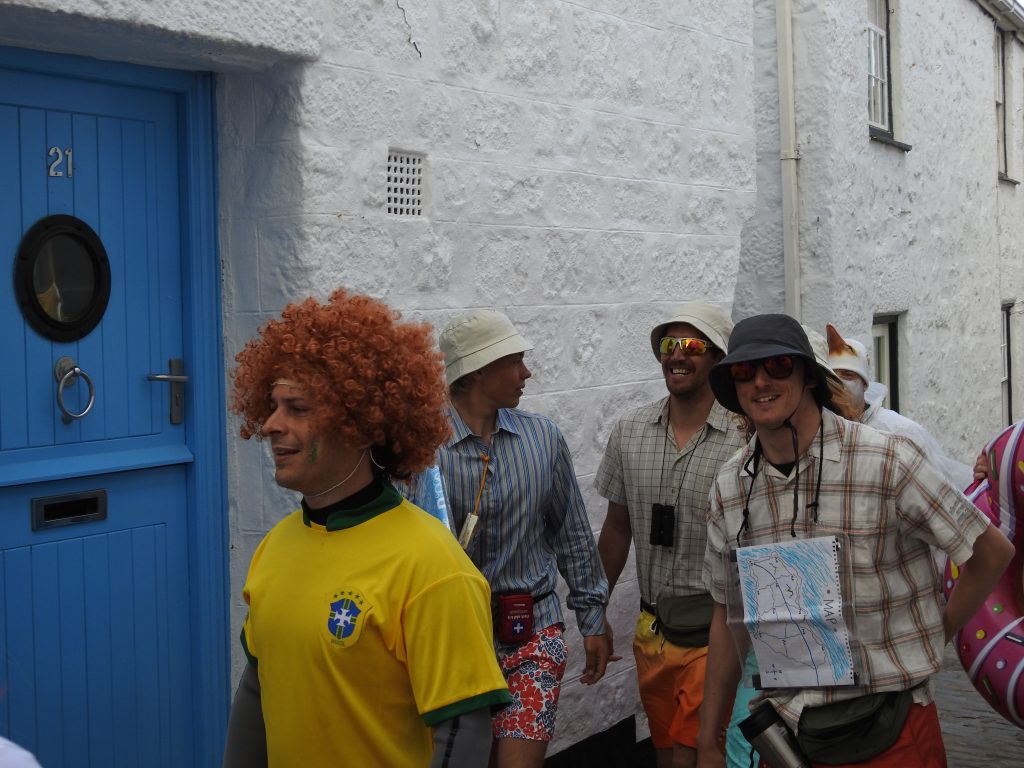 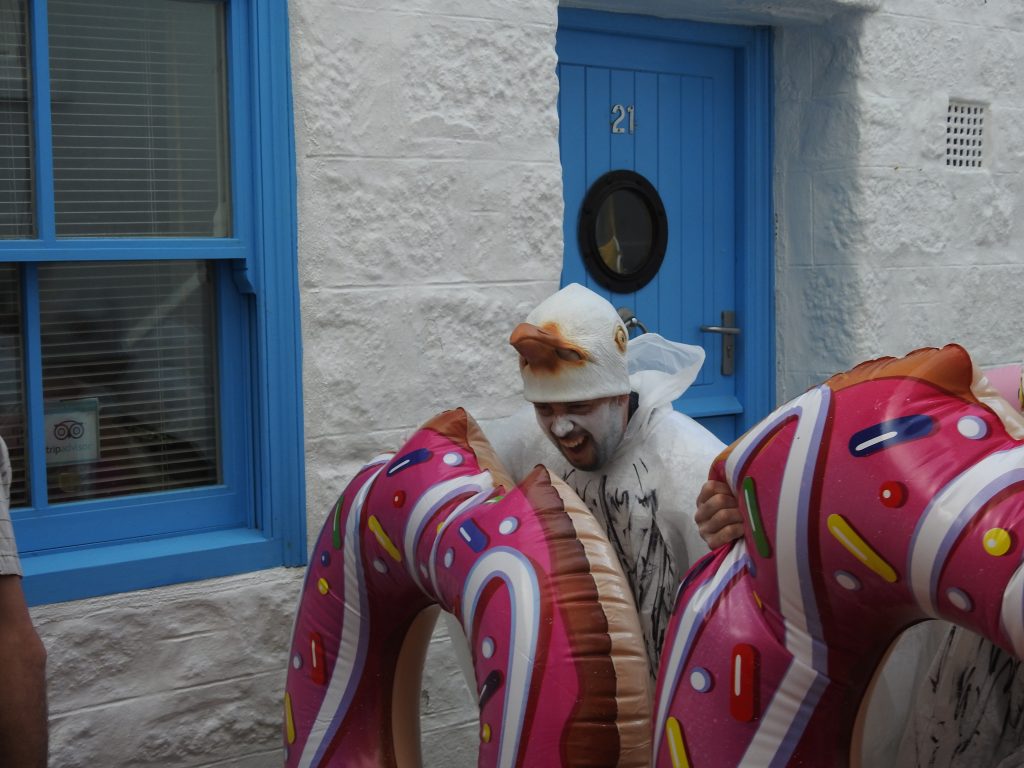 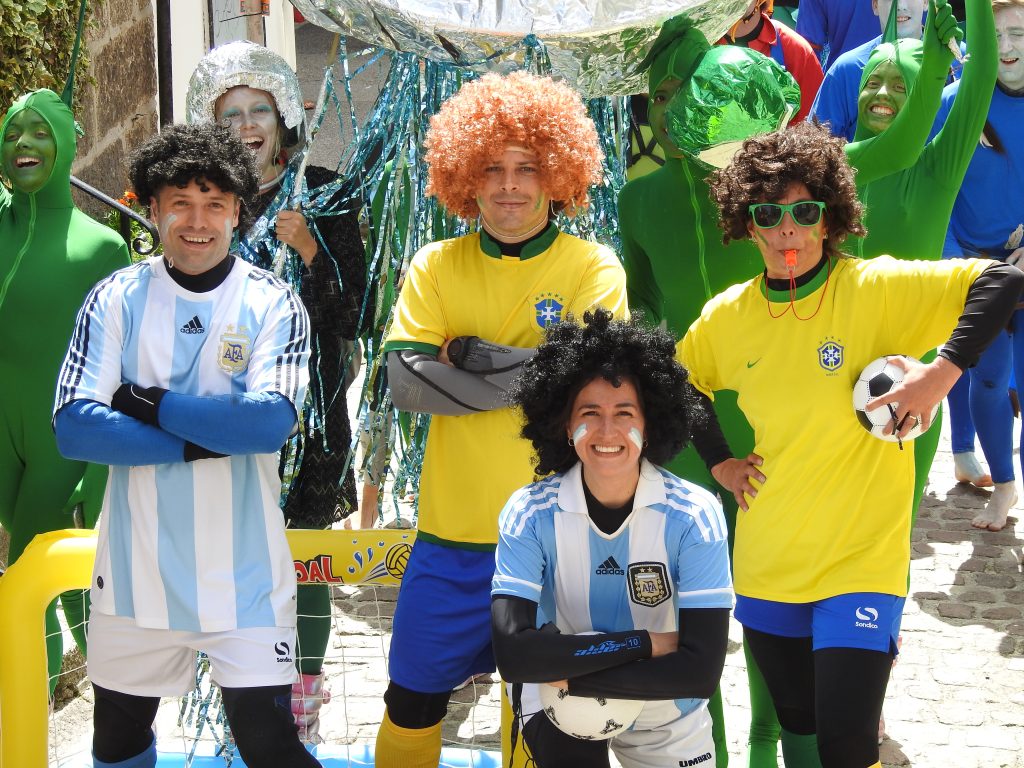 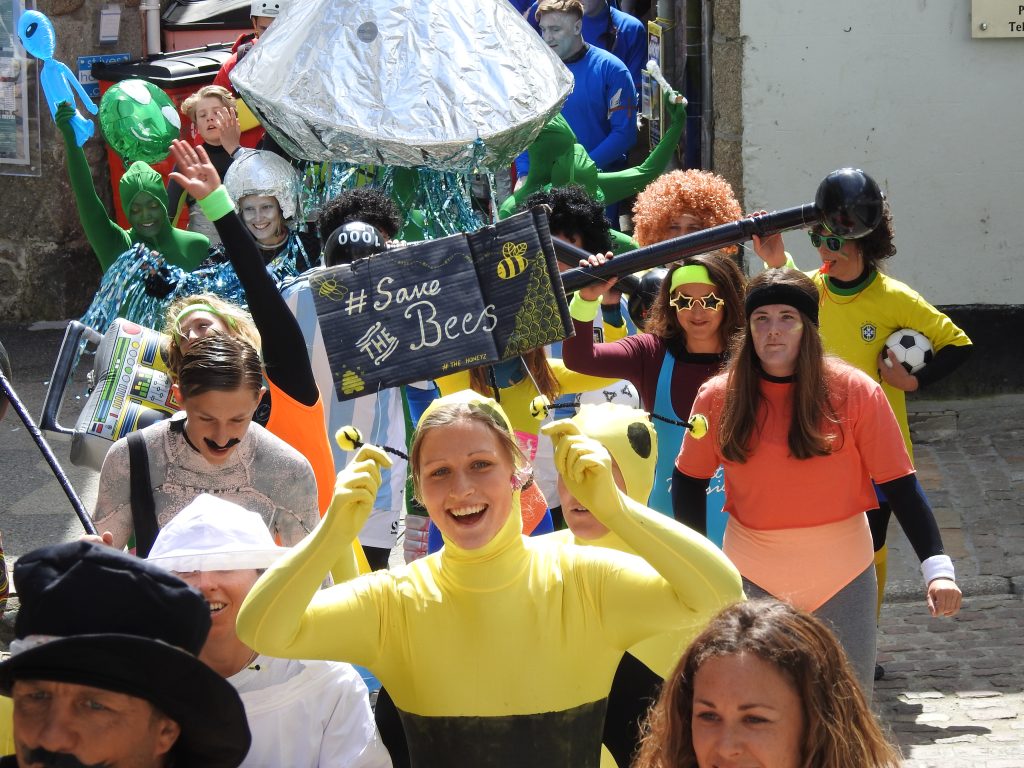 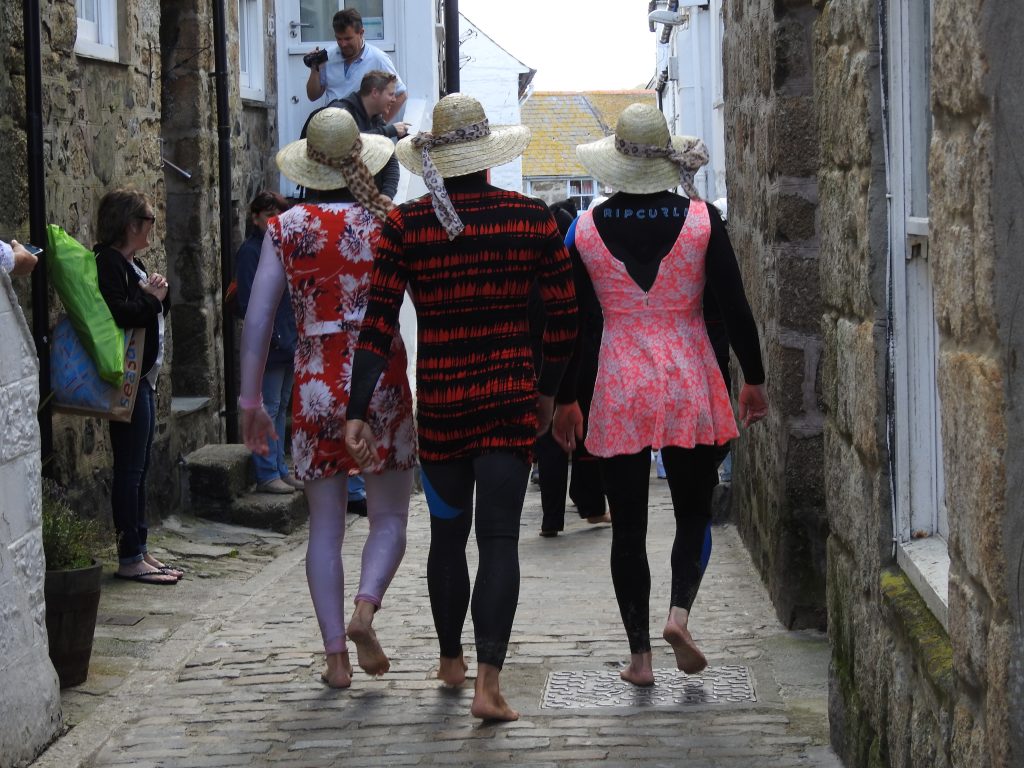 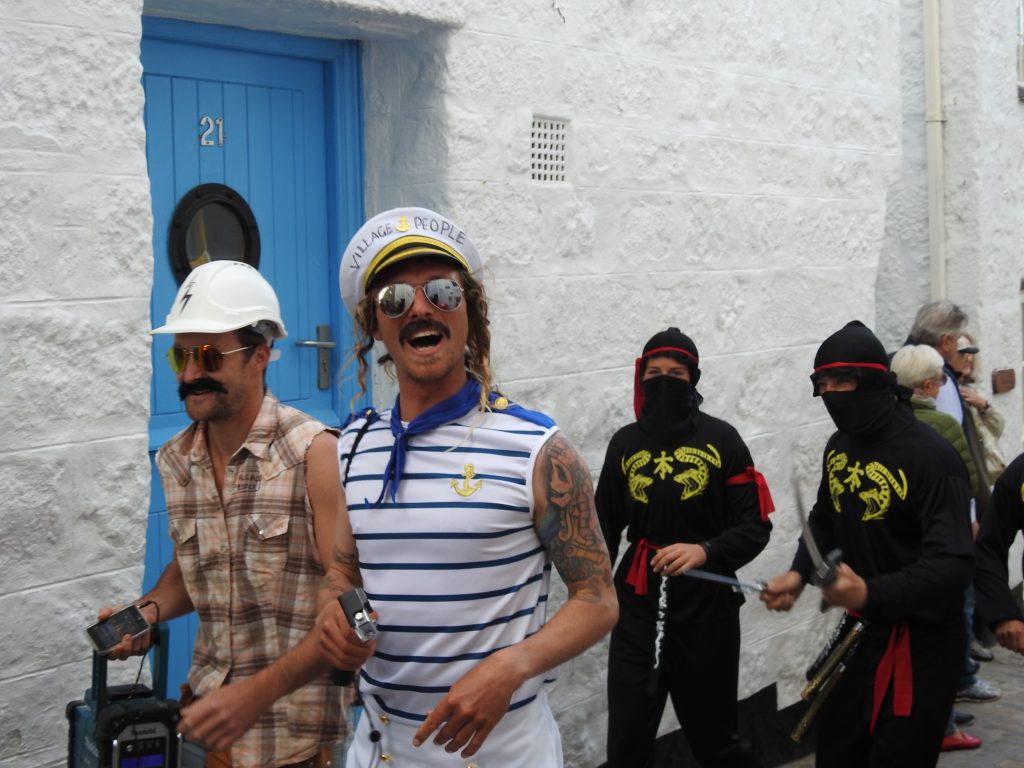 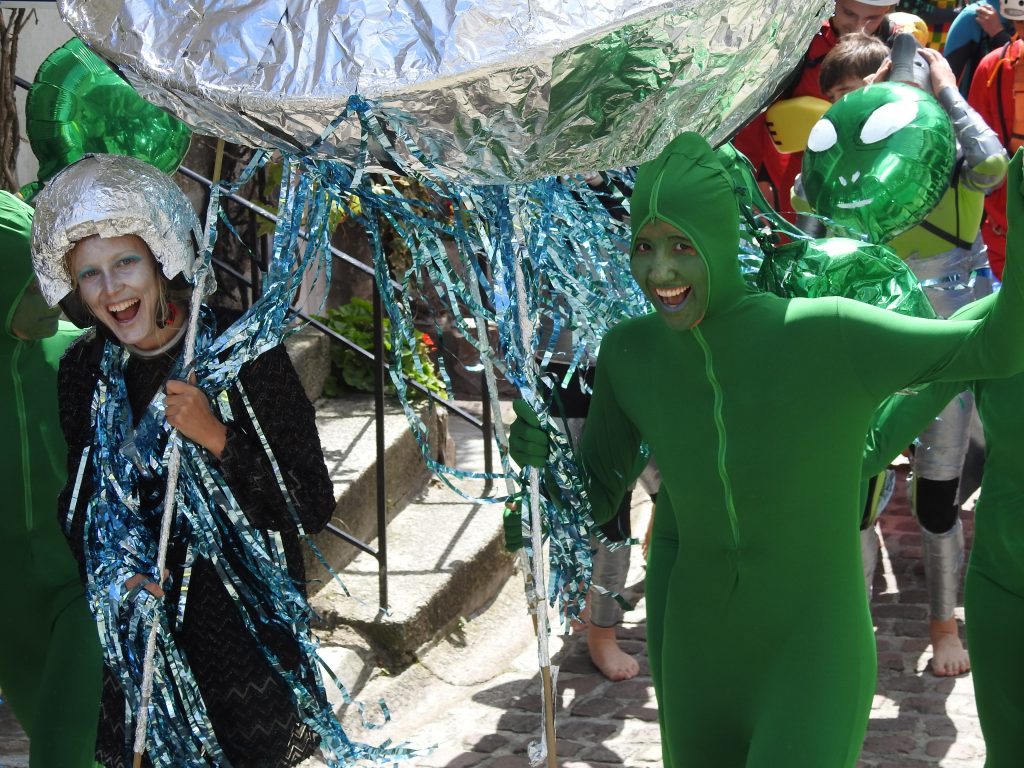 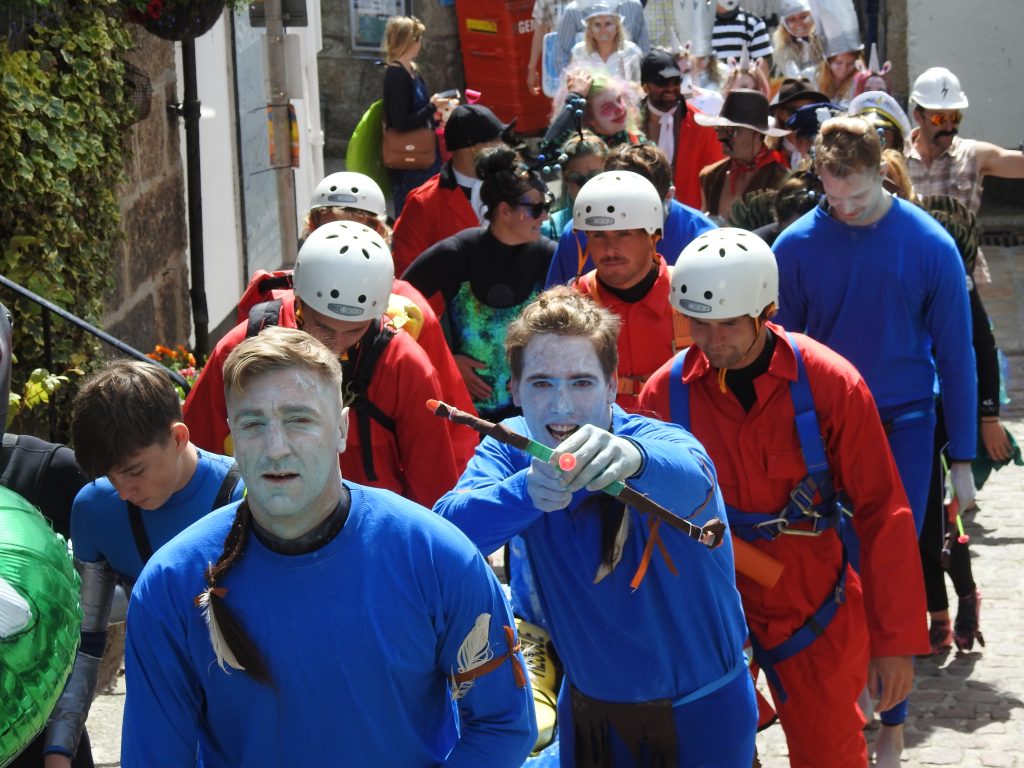 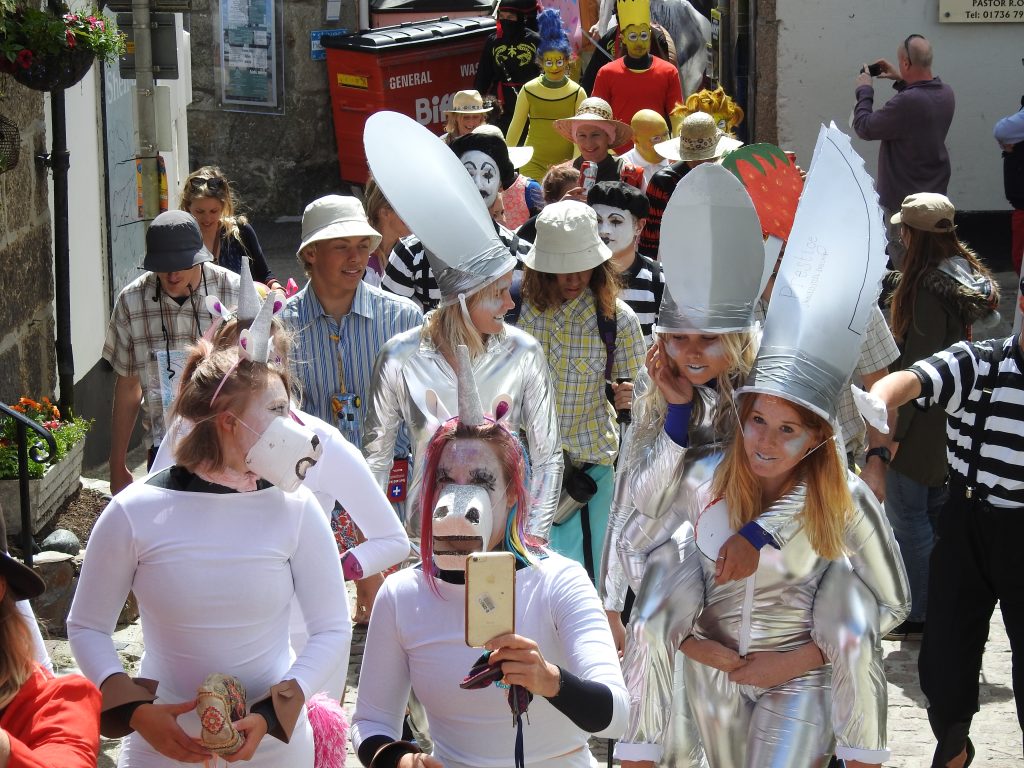 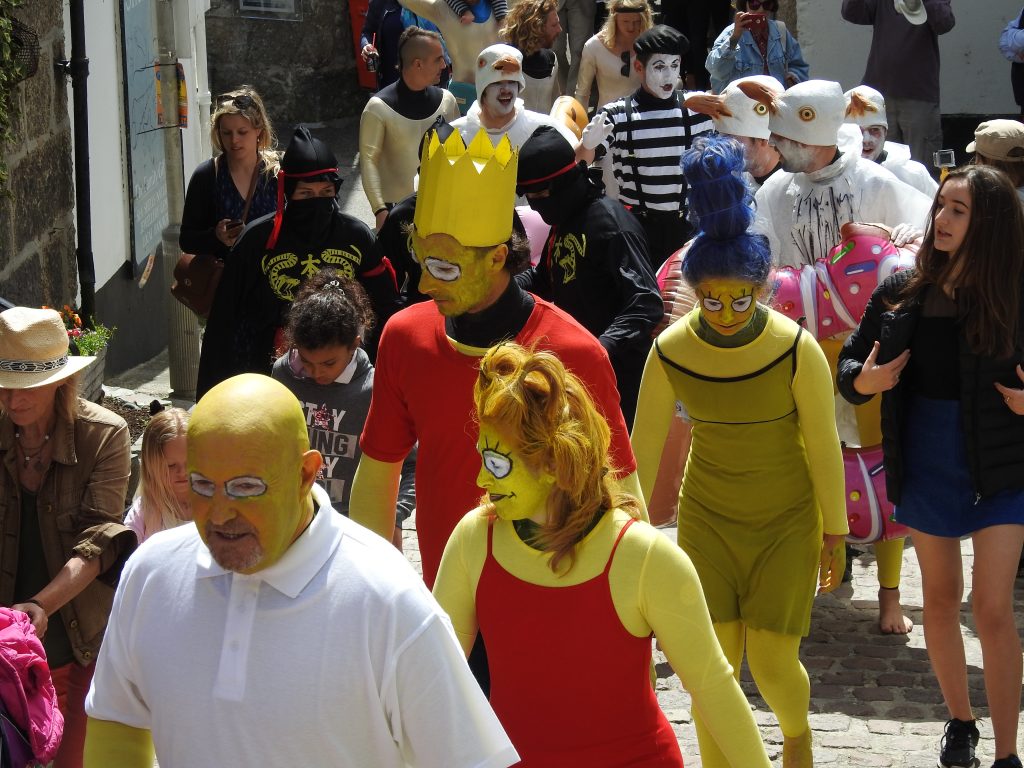 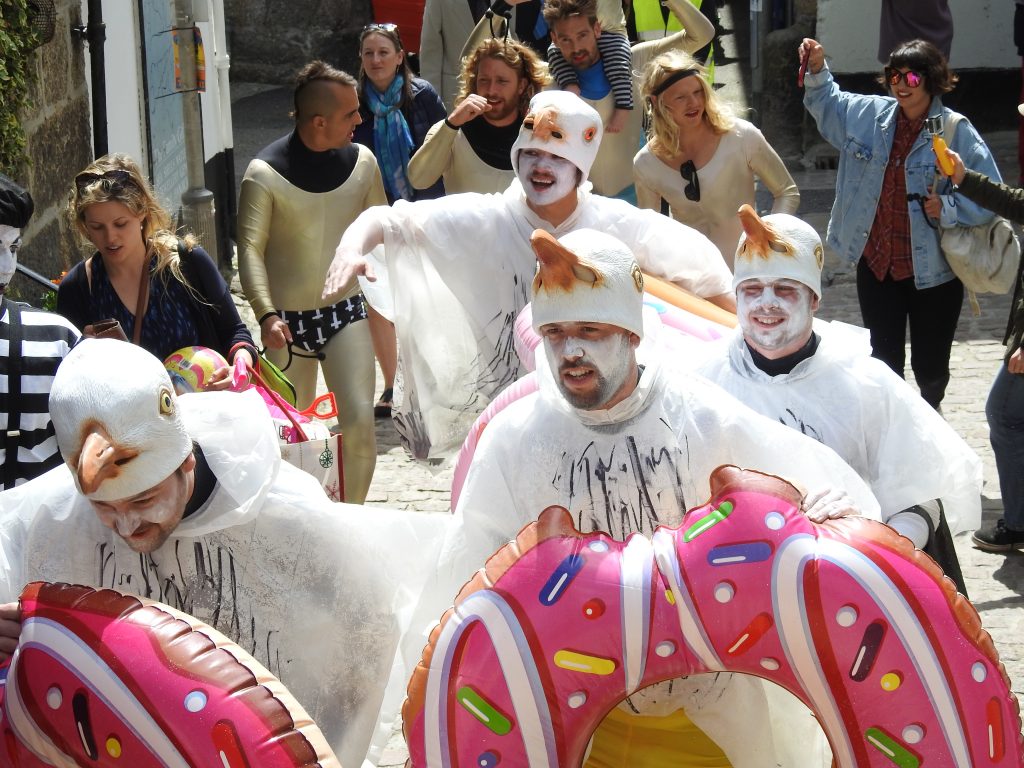