The last day of British Summertime for 2014 offered our best chance to hold the final club competition of the year and find our junior champ. There was a good turnout from groups 5,6 and 7 all keen to show off their chops in some very surfable waves. The judging criteria was strictly International Surfing rules, unlike the earlier nippers’ event, but the competitors were undaunted and worked hard on their turns to impress the judges. 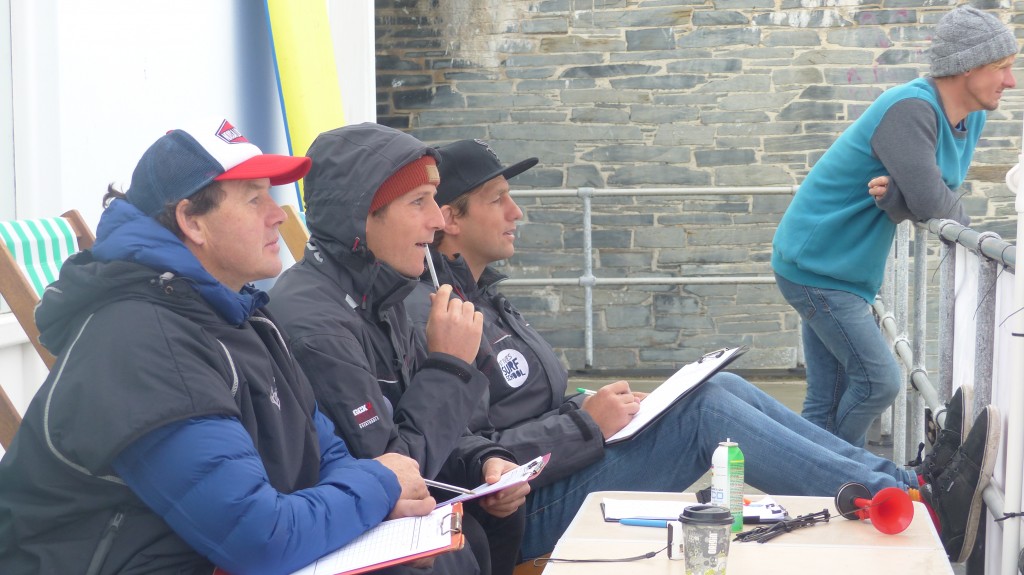 A distinguished panel of judges

After the opening round and repechage , the seeded surfers made their entry into procedings and pushed the standard of surfing to a higher level with some big drops and critical turns on the green waves on offer out back. 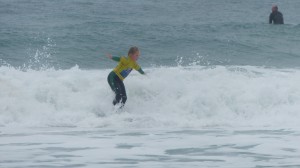 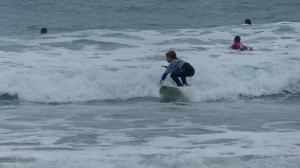 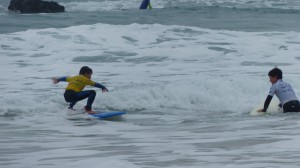 There were some close heats bringing elation and disappointment in equal measure, but the quality of sportsmanship and goodwill toward fellow competitors was a credit to all participants. 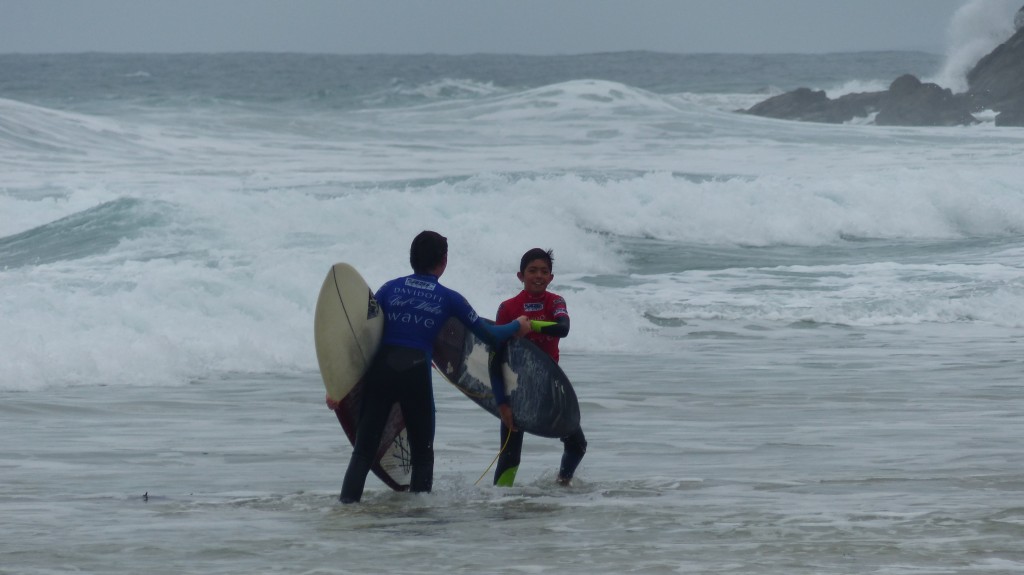 The final itself was contested between Taylor Bairds, Jack Tarplee, Matt Burrell and Josh Martindale. Josh got off to a flyer with two strong scores in the opening five minutes, and could  not improve on them as the other guys worked their way back finding good waves of their own. As the final hooter sounded his lead had held by a mere 0.3 of a point. Close one that! Jack Tarplee claimed second, Matt third and Taylor fourth.

There were no losers on the day as all surfers received their SurfingGB Junior surf scheme certificates for achieving level 1 this summer. 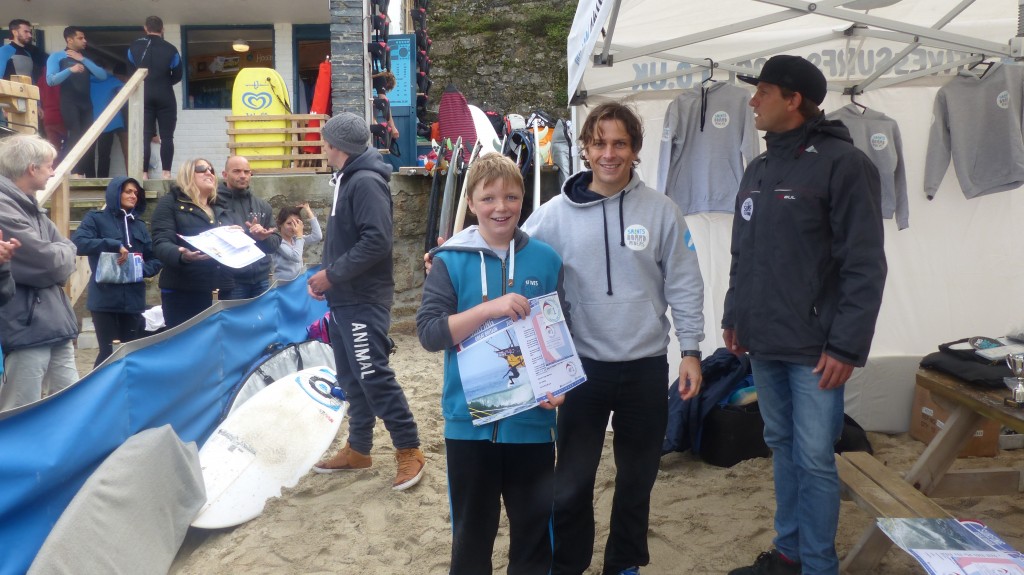 Then RNLI supervisor Lloyd Davies and Porthmeor Head Lifeguard, James Symons made their awards to the groms who had shown the most initiative in aiding the lifeguarding of the beach this season, with the overall trophy awarded to Matt Burrell. 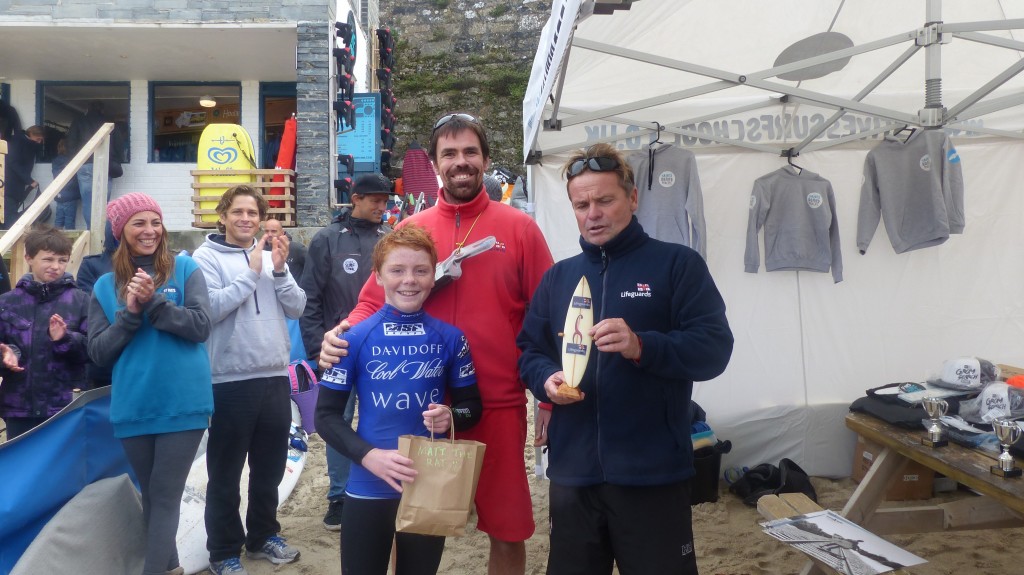 Charley Fox claimed the Girls Trophy for the highest finishing girl on the day –  a well-deserved reward for the hours of training she has dedicated to the sport this year! 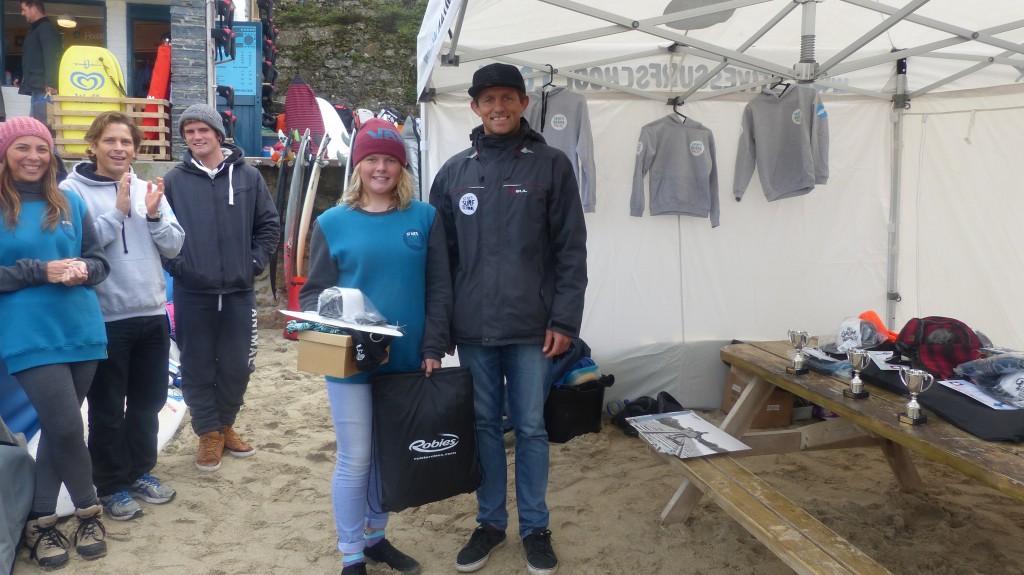 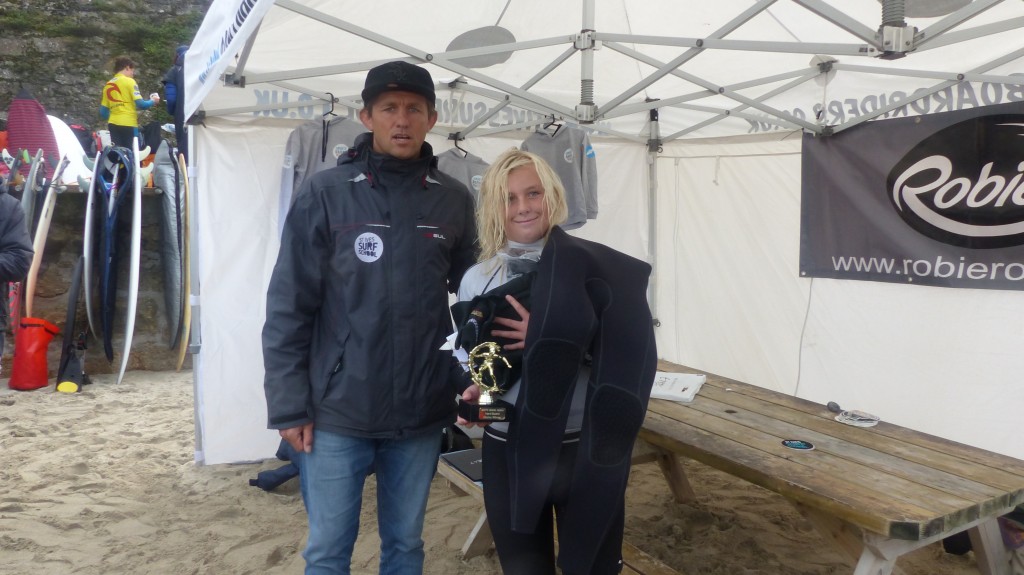 The Champion with his swag!

Saintsboardriders thank Porthmeor Beach management and St. Ives Surf School for their continuing support for our club. Six years on from our rebirth on the beach we have over 120 Junior members and our Saturday Morning Surf Club is a sight to behold as those yellow-vested kids are led through their warm-up routines at the waters’ edge. Thanks also to all the volunteer instructors who give their time freely to club days, and to the Porthmeor RNLI lifeguards for their help and support.

Prizes for this years’ contest were donated by Robies Robes, Rip Curl, Tregenna Castle, Tombstone Surf, Off The Beaten Track, Natural Balance and Windansea. We ask our members,friends and supporters to show their appreciation of this generosity by supporting these local businesses with their custom.

And a bumper reward for readers who have got to the end of this report! Here’s gallery of photos from the competition! Enjoy.