Friday 20th of October had been underlined on many calendars in St. Ives as the night of the Surfers Ball, a chance to pull on the glad rags and dress to impress as the social event of the year unfolded at Tregenna Castle. This was to be saints boardriders’ major fundraising drive of the season, and comes just days before the anticipated start of the clubhouse construction. The club committee and Tregenna Castle had worked hard to produce an event which would grab the imagination of the town and sell 250 tickets to fill the ballroom of the hotel to capacity. This is what you got for your money; 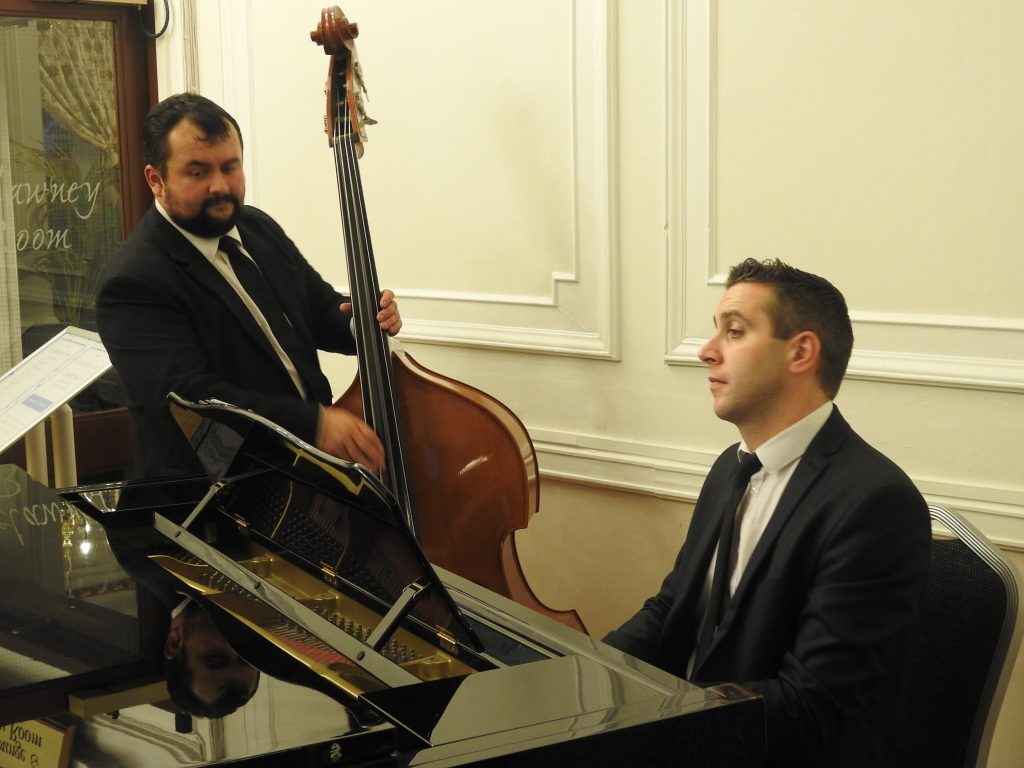 Even as you were leaving your coat in the cloakroom you were being entertained with a selection of jazz standards from Tom Quirke (piano) and Ross Williams (bass). There was then a chance to pose in your finery before the surf club backdrop for a commemorative picture by Andre Otto. The casino was open for an early flutter until we were seated at our tables to hear an introductory address by Nick Rees of Surfing England. He outlined the part they have played in helping to develop the sport, and the part saints boardriders have played in introducing so many youngsters to surfing in St. Ives. 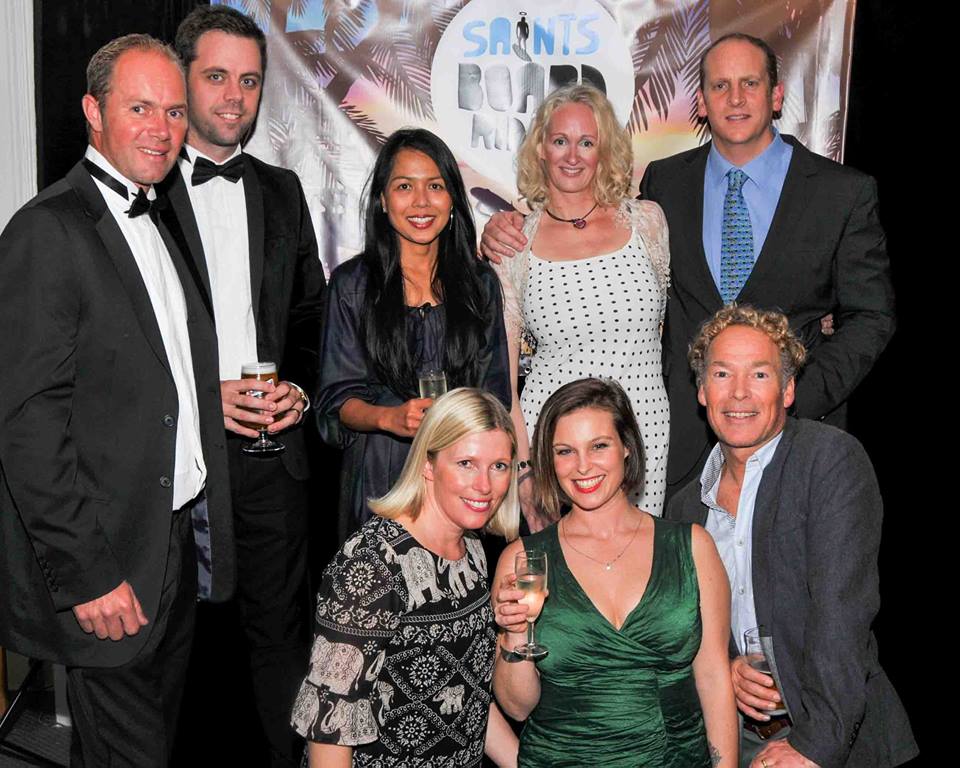 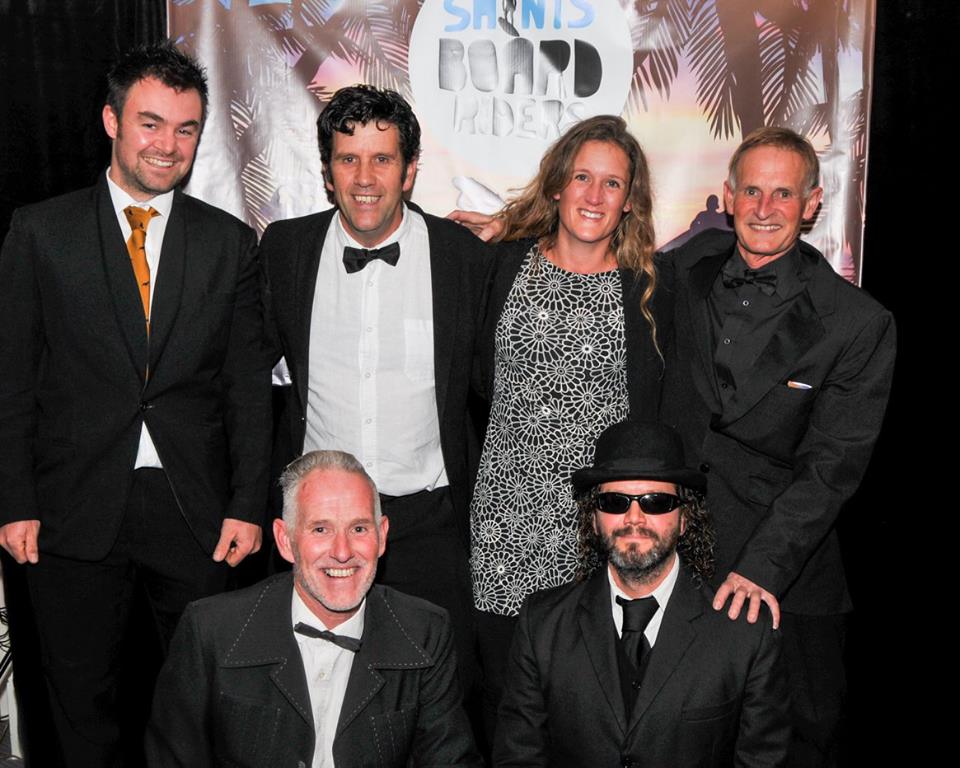 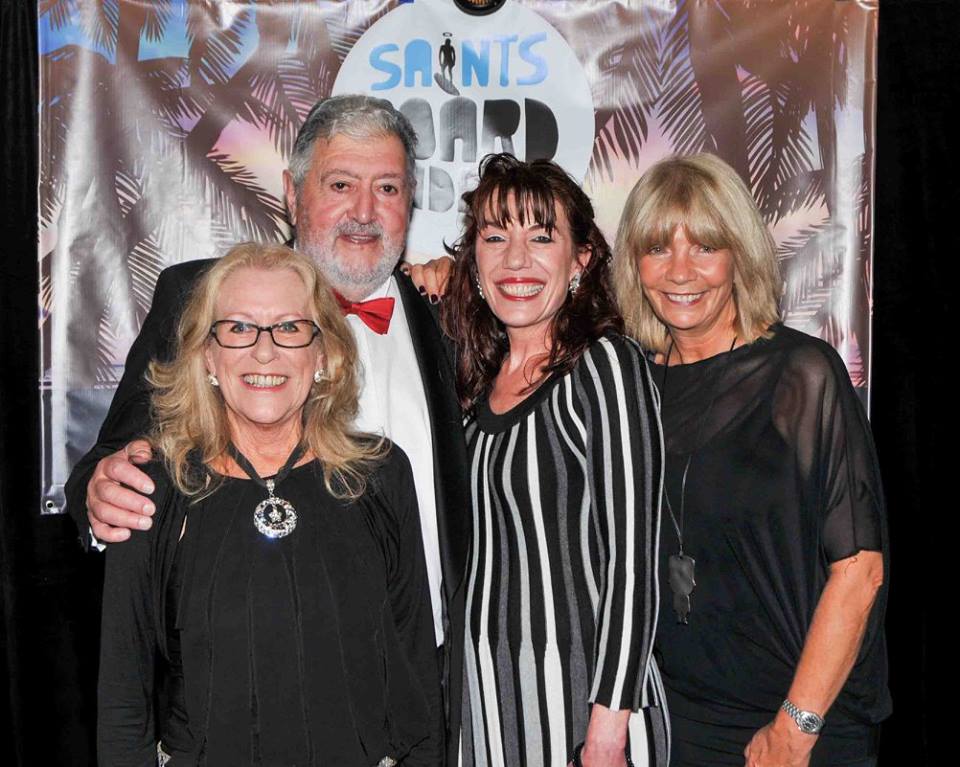 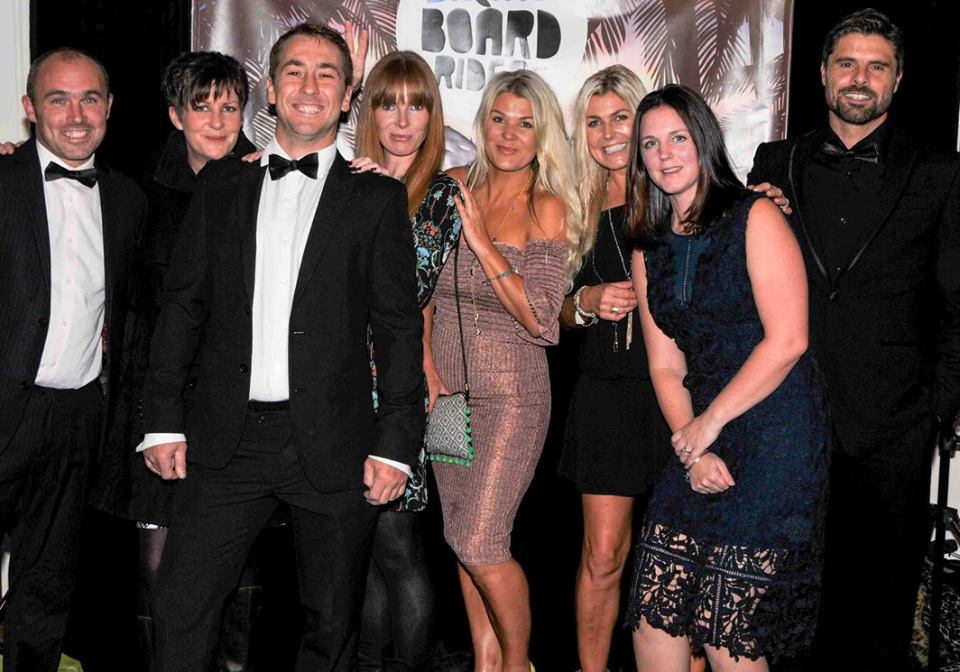 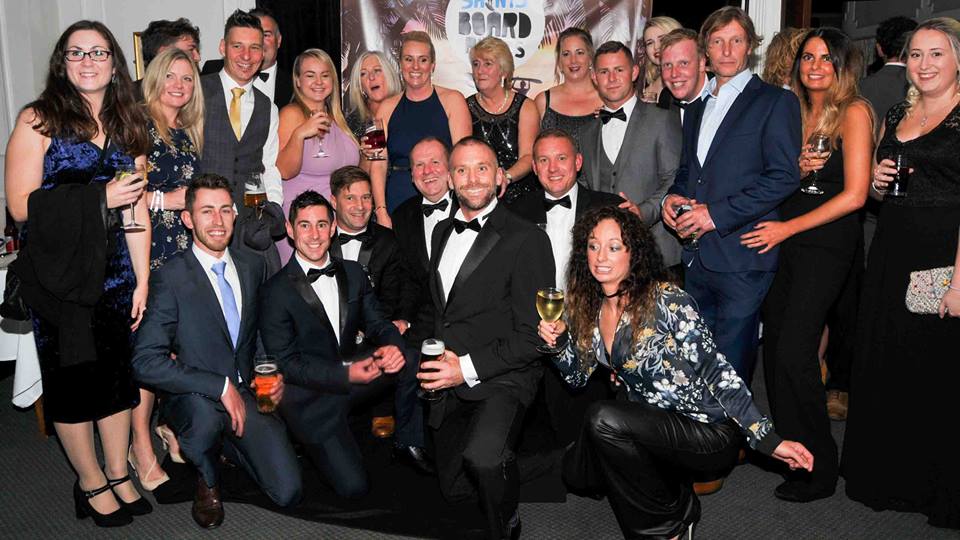 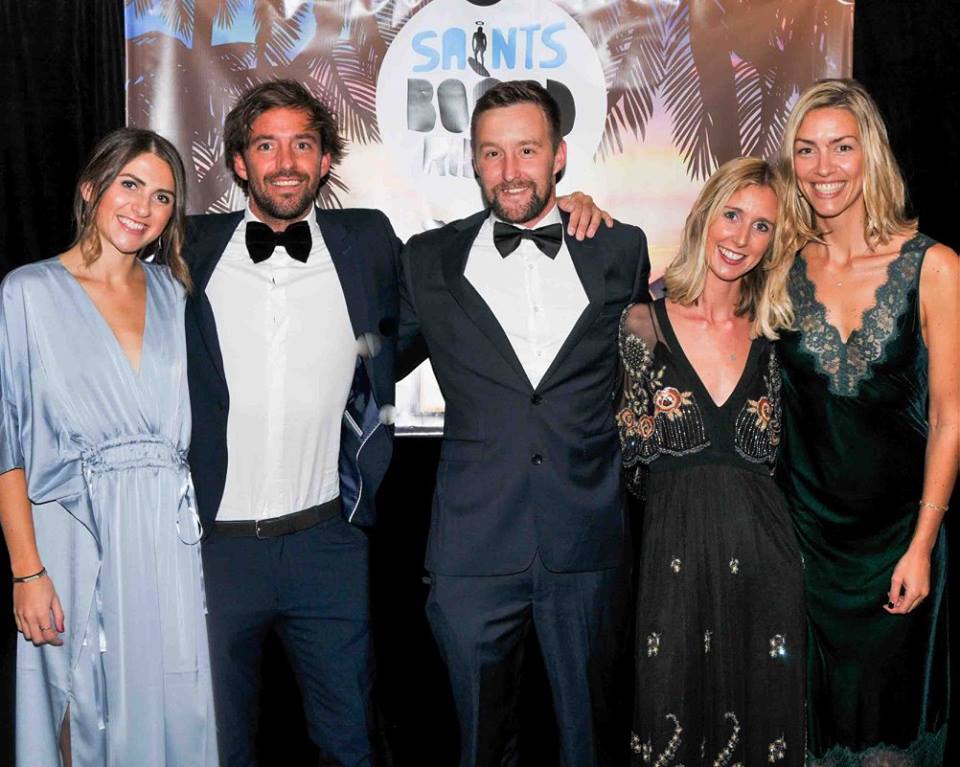 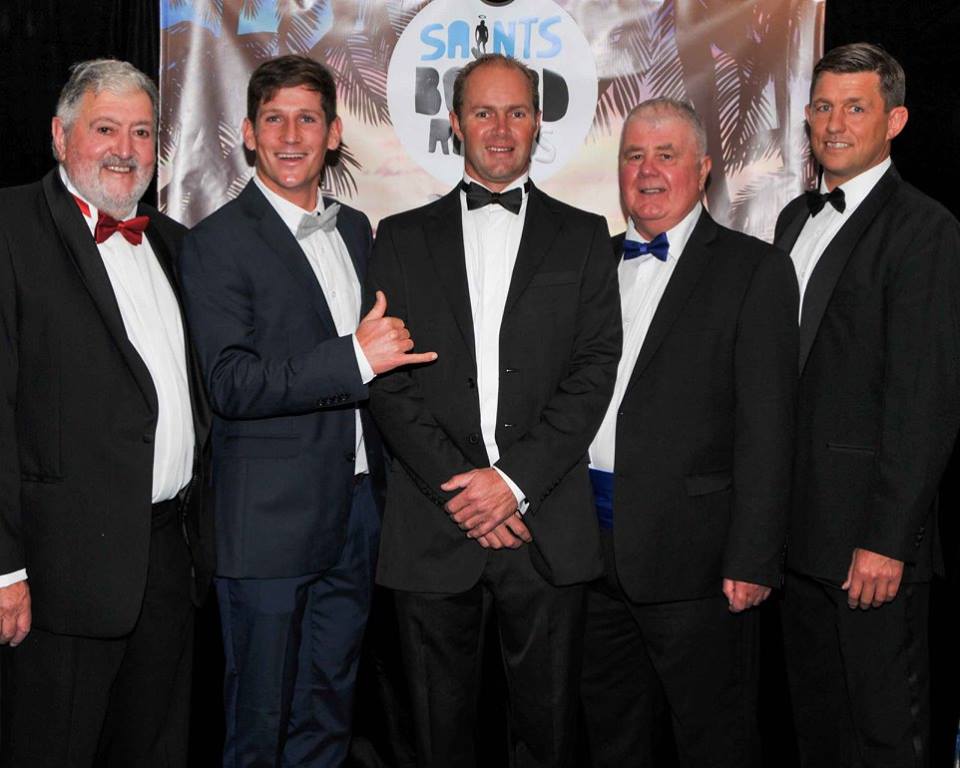 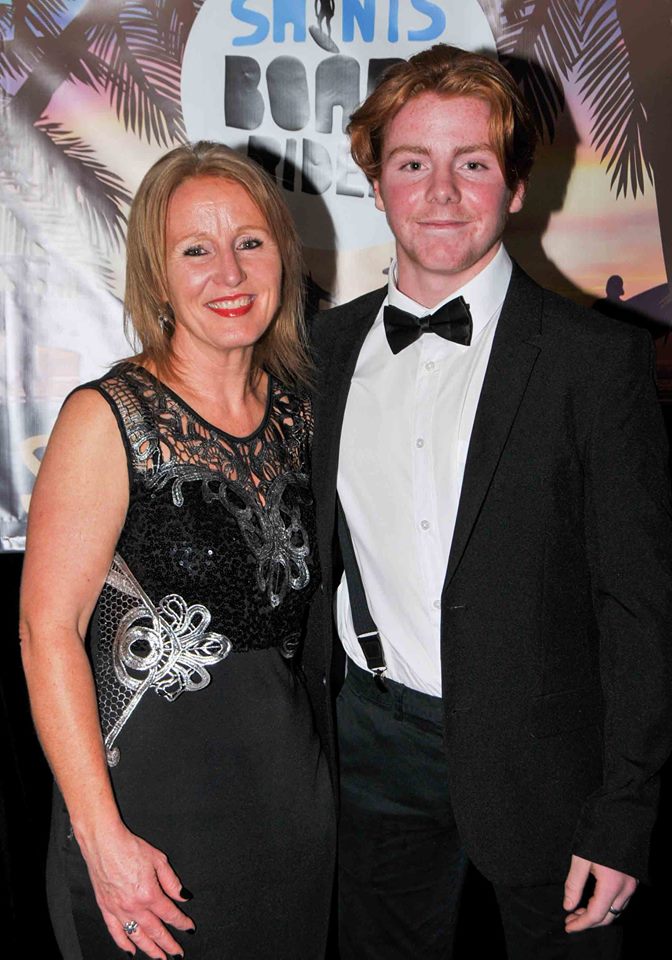 A proud committee mum and son 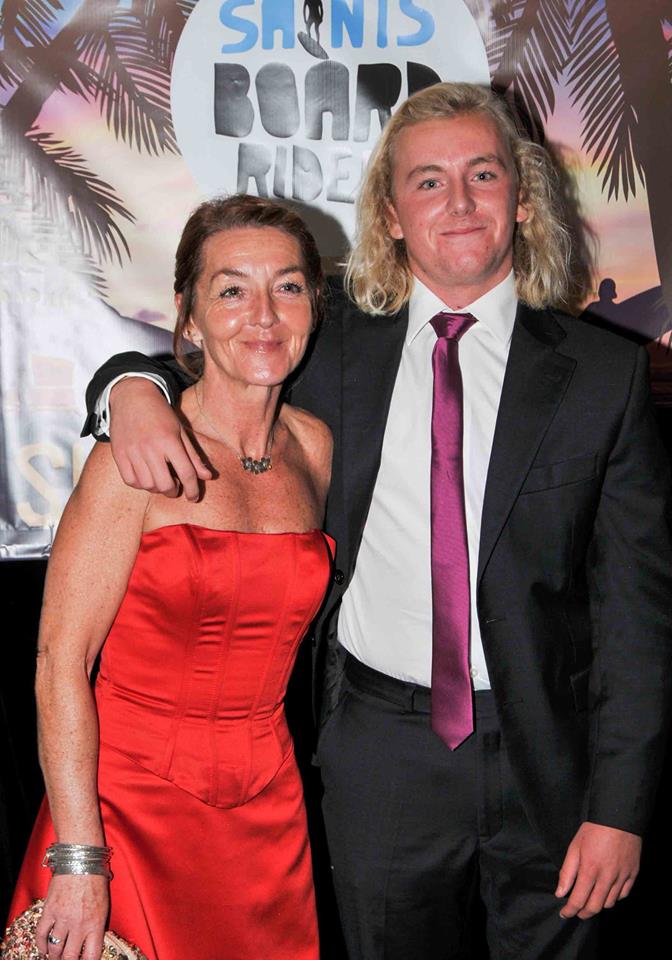 Another proud committee mum and son

Towards the end of a splendid three-course dinner, auctioneer, Robin Turner went into action inviting us to bid for some very desirable lots which had been generously donated to help the cause. There was a case of a dozen bottles of wine given by Burdett Wines. Kegs of beer packaged with a golf day and tickets to a Pirates rugby game donated by St. Austell Brewery. There were paintings by renowned local artists, Michael Quirke and Peter Beeson. Premiership club rugby shirts signed by their players, and tickets to an international match. There was a weekend holiday package for four at Tregenna Castle, and a surf lesson and lunch with local pro surfer Jayce Robinson. There was a water sports activity package for eight people with St. Ives Surf School, a new resin-tint surfboard by RT donated by Boardbox in St. Ives and there was a beautiful chair from Kettles of Fowey. Bidding on all the lots was brisk, and by the end Robin had realised over £4000 for the cause. Thank you and well done to both him and our bidders! 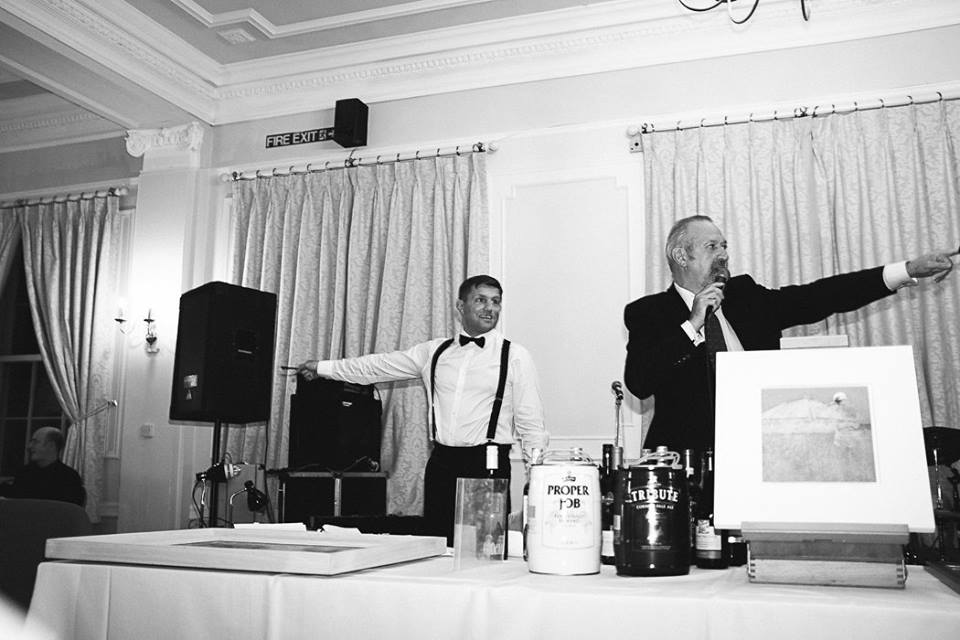 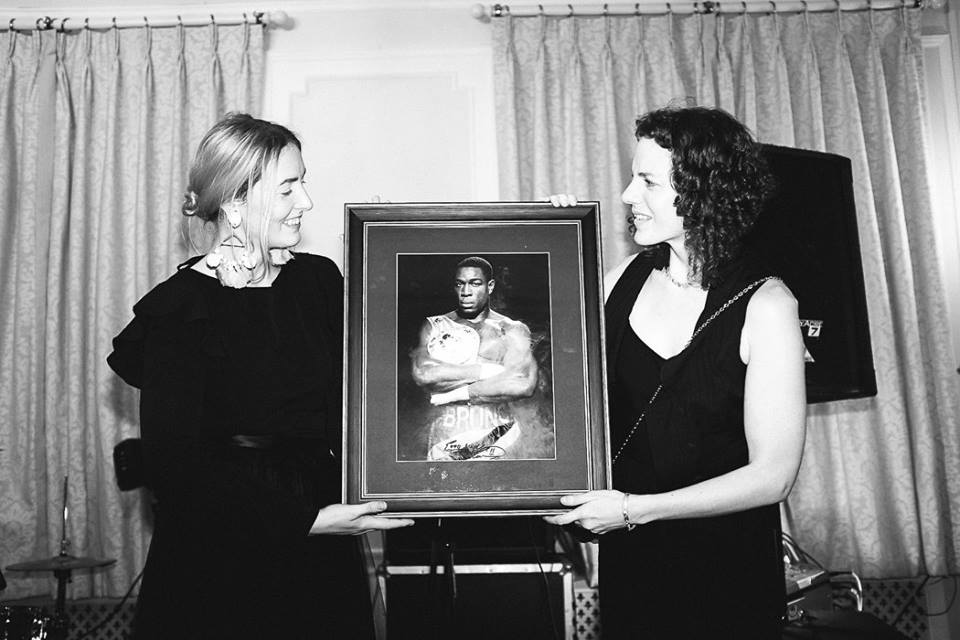 And then it was a case of clear the decks as the Sandy Acres Seven got into their stride and got the house rocking, while the gamblers among us were back in the casino trying their luck at roulette and blackjack. The night went on at a pace into the small hours leaving everyone with that quiet-but-contented buzz as the cabs rolled off down Tregenna’s drive and the croupiers counted the chips back into the treasury. And Sandy Acres Seven had done us proud once again – can we call you our house band?! 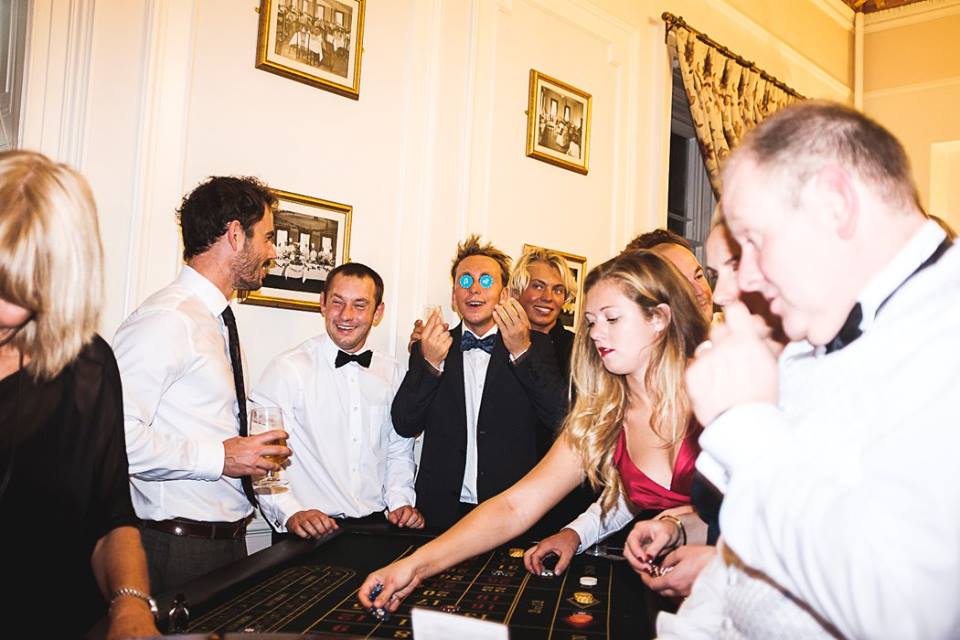 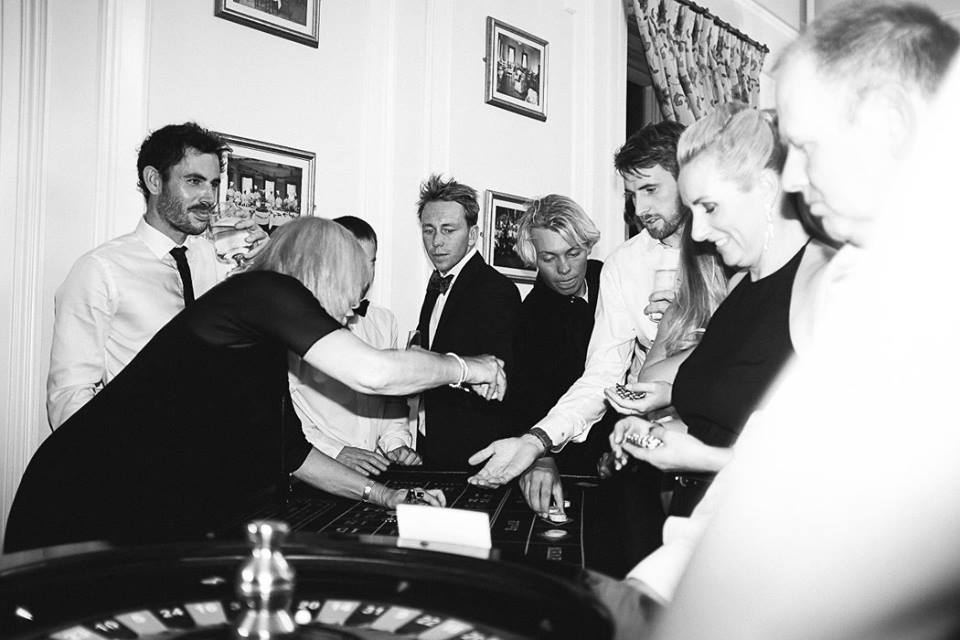 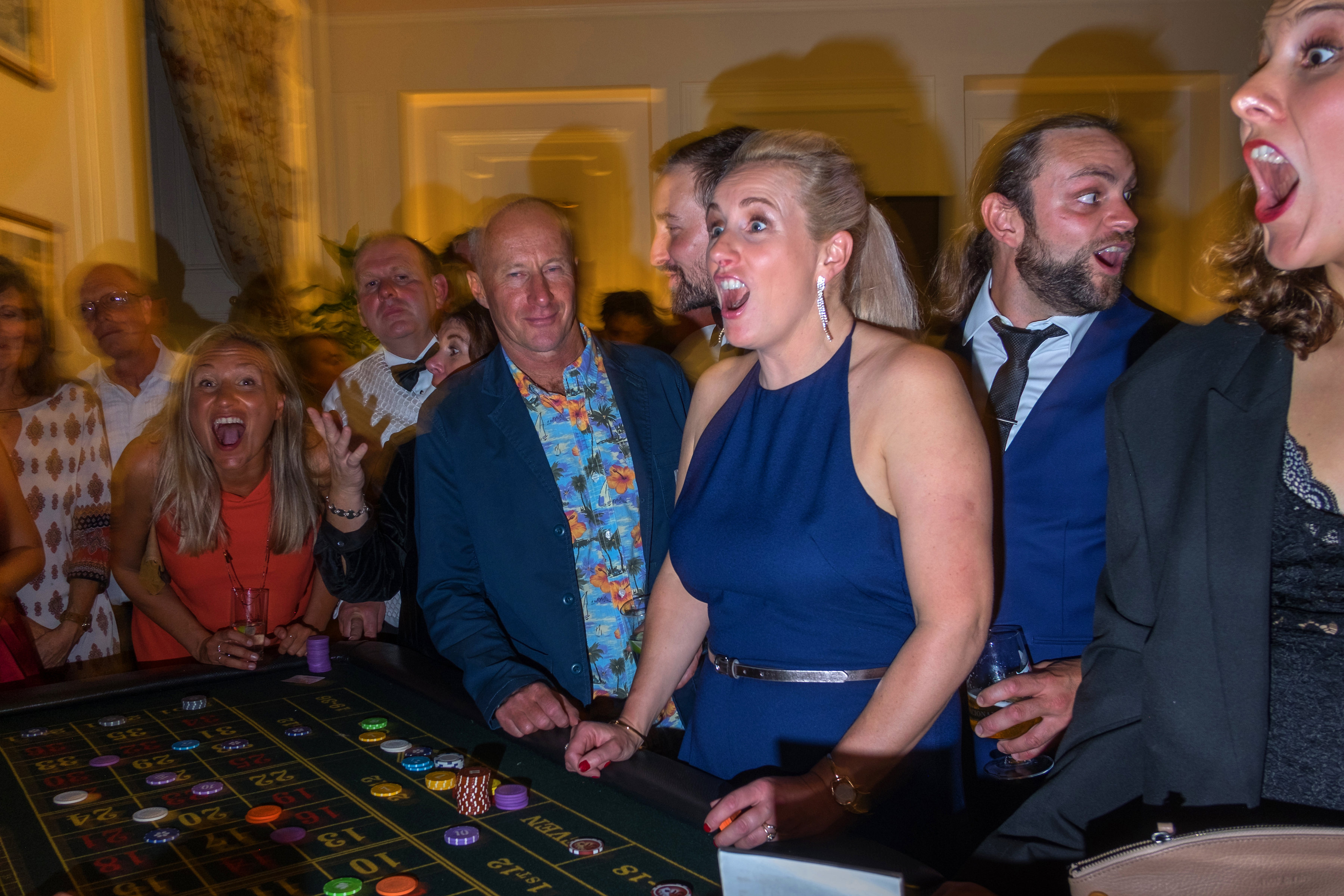 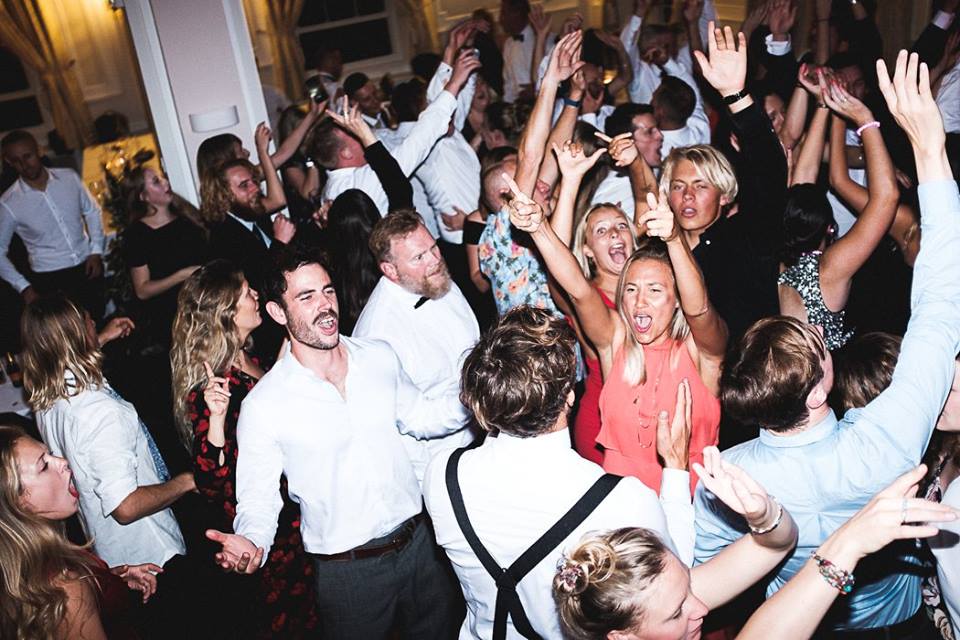 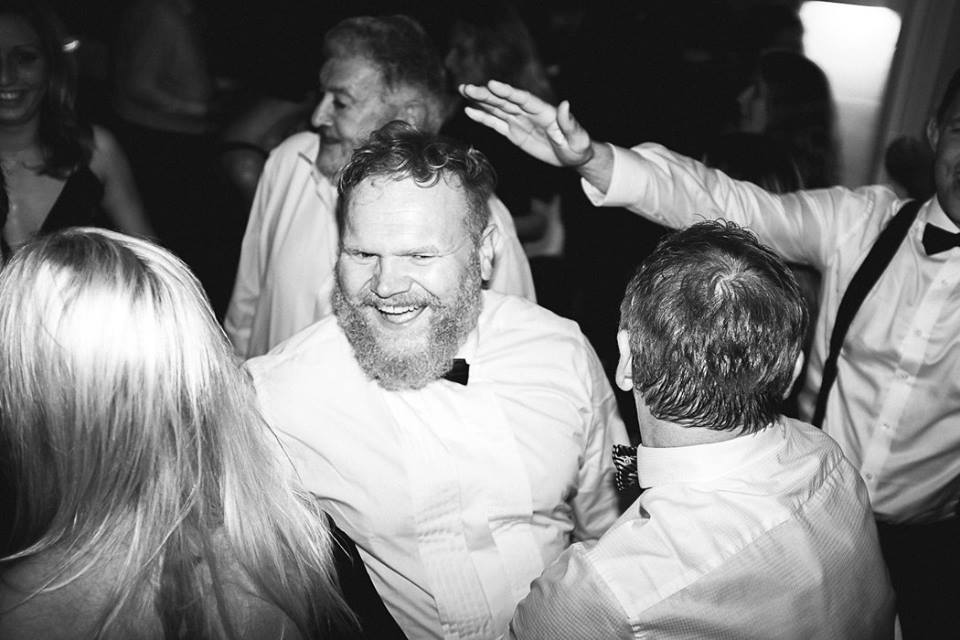 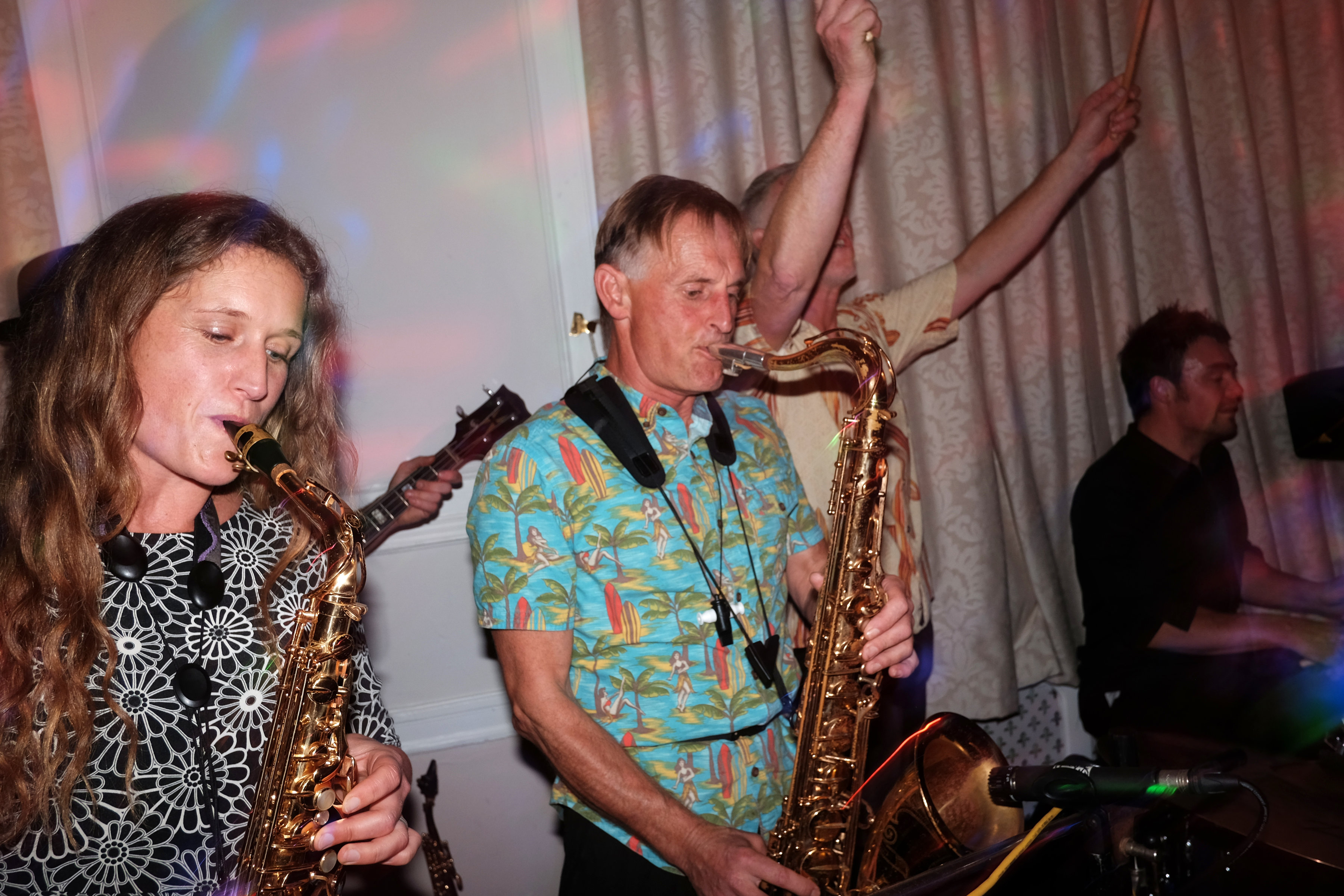 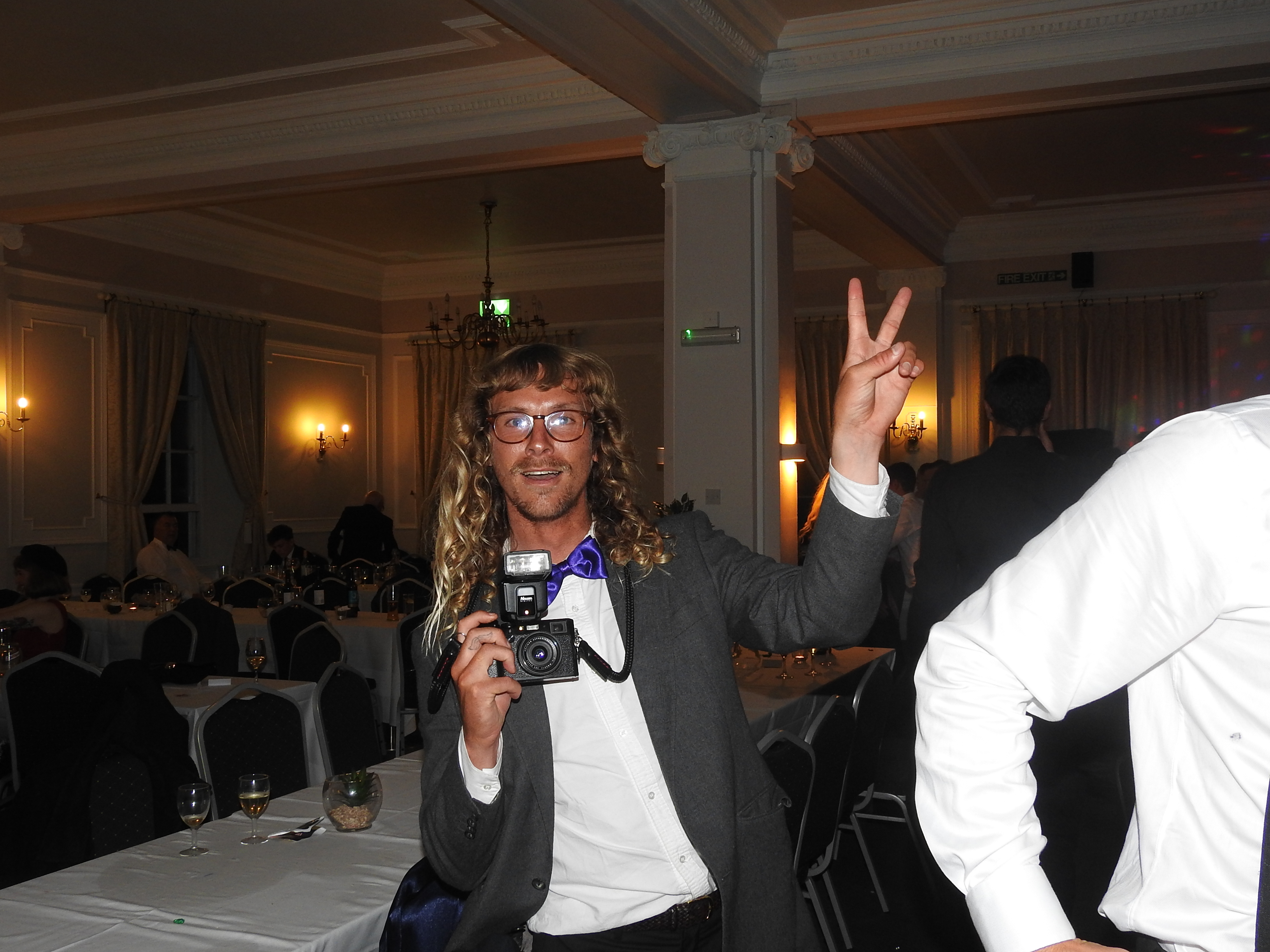 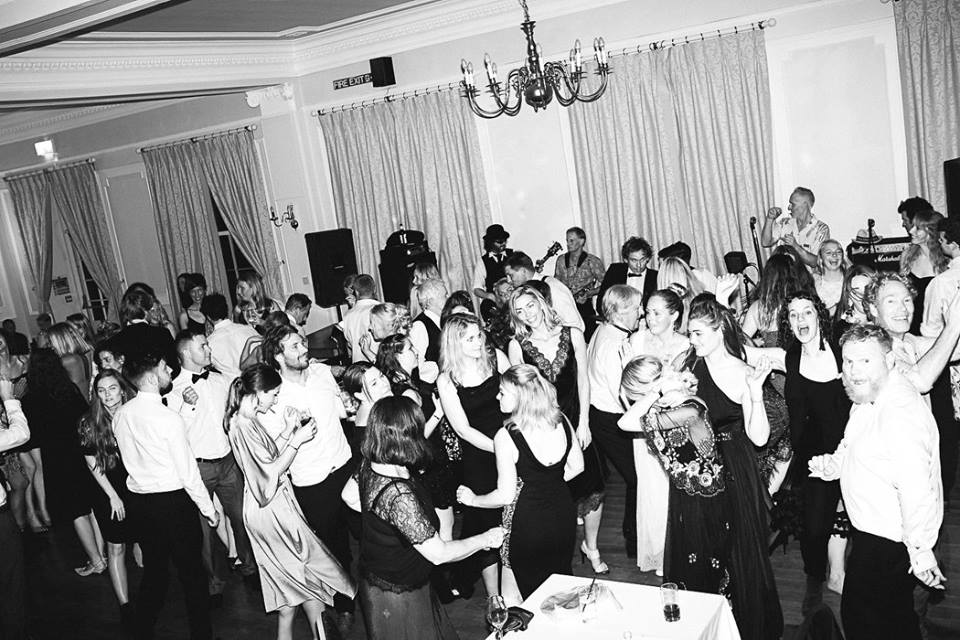 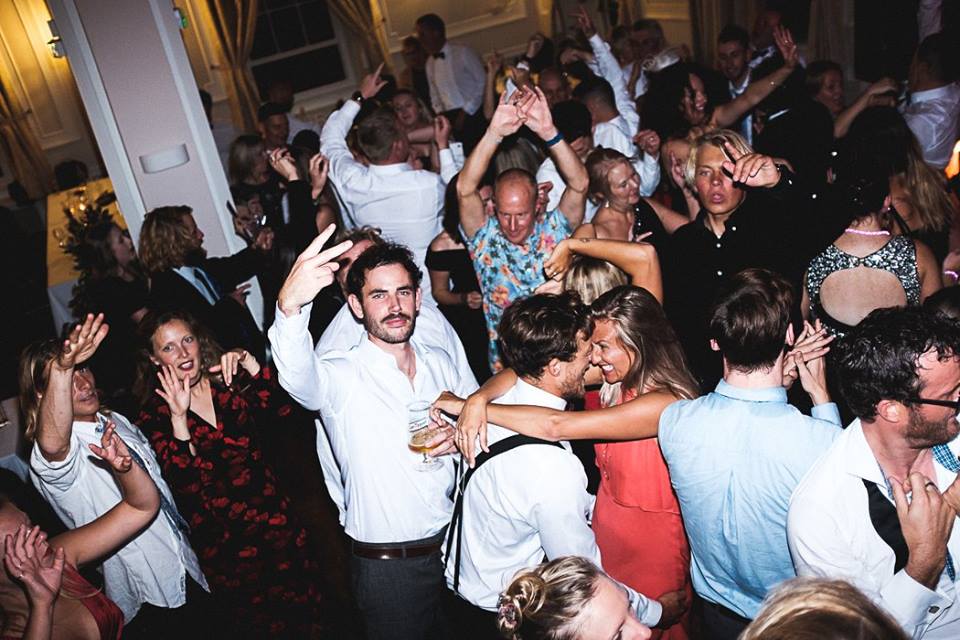 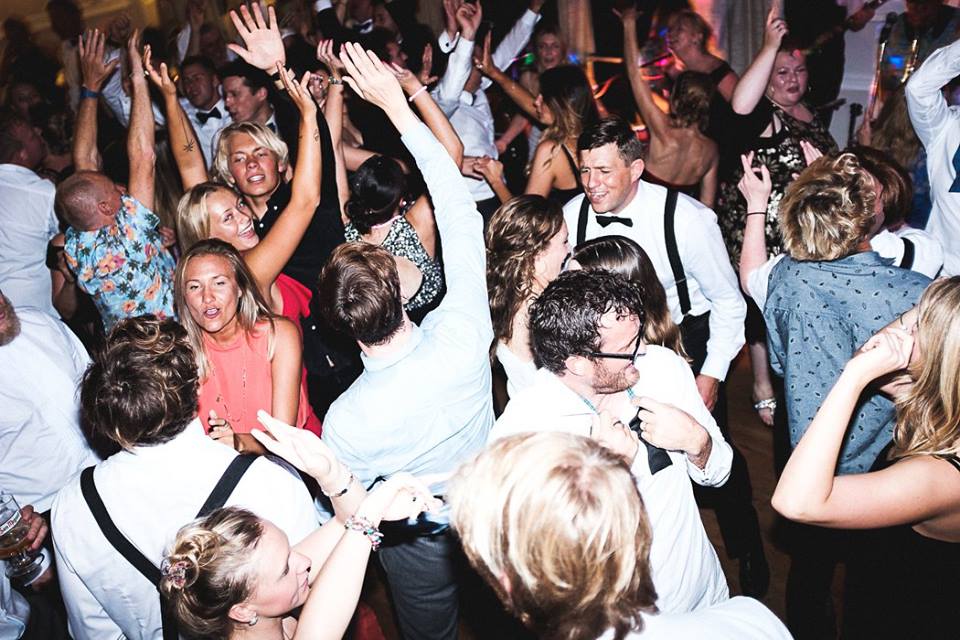 There are many more photos from the Surfers Ball on our saints boardriders Facebook page. Take a look if you can’t see yourself in this blog!

And we end by offering our deepest gratitude to Tregenna Castle for hosting the evening, to our casino ladies, to Tom Quirke and Ross Williams, and to Sandy Acres Seven for the music. Thanks to Andre Otto for the red carpet photos and to Gavan Goulder and Matty Snelling for the reportage pics. Many thanks also to Robin Turner, auctioneer and to our generous benefactors who donated the auction lots. And finally, thank you to all those who were there on the night to support saints boardriders and help us realise our goal. We hope you enjoyed the night as much as we did – and if that’s the case then why don’t we do it again next year?