Saints Boardriders’ most active competitor, Harry De Roth, has had a busy September, culminating last weekend in him retaining his British Boys Under-16’s title at the National Championships at Fistral. The first half of the month was spent in The Azores, where Harry represented England in the Under-16 boys against the cream of European juniors. Although it was a double elimination format, Harry progressed smoothly to the Grand Final without needing the safety net of a second life! He finished fourth in the final, cementing his arrival at the upper echelon of the European scene. With many highly-rated international juniors below him it was a ground-breaking result, though Harry’s disappointment at not winning the event spoke volumes about his competitive drive!

Back home last weekend, the British juniors enjoyed some contestable waves and produced some fine surfing under blue skies at Fistral. Dan Harmon made a couple of heats in the Under-18’s, and Charley Fox had a bold go at the Under-14 Girls, being squeezed narrowly  into third place by the end of the heat. So by the middle of Sunday afternoon Harry was the sole remaining Saints Boardrider in competition. He won every heat en route to the Under-16 final, and quickly established control there. A late slashing ride by Angus Scotney then seemed to take the crown from Harry, but with admirable cool he took a long lefthander at the buzzer, bashing out a series of vertical turns for an excellent score of 8 which clinched the win.

He was soon returning to the water for the Under-18’s final, where he again held the lead throughout, but this time the twist in the tail worked against Harry as Newquay’s Dale Foster found the score in the dying seconds to deny Harry a notable double.

Nevertheless, it has been a good month for Harry, and his confidence is high as he goes into his winter training schedule.

Last weekend saw the final Saturday of the season for the Kids Club with groups 1 to 4 enjoying a  morning in the surf before gathering to receive their Junior Surfer Scheme log books with Level One completed by all participants. The coaches  also had the difficult task of deciding award winners for each group – and there were many more deserving of prizes than there were trophies to hand out! So without further ado, let’s look at the winners: 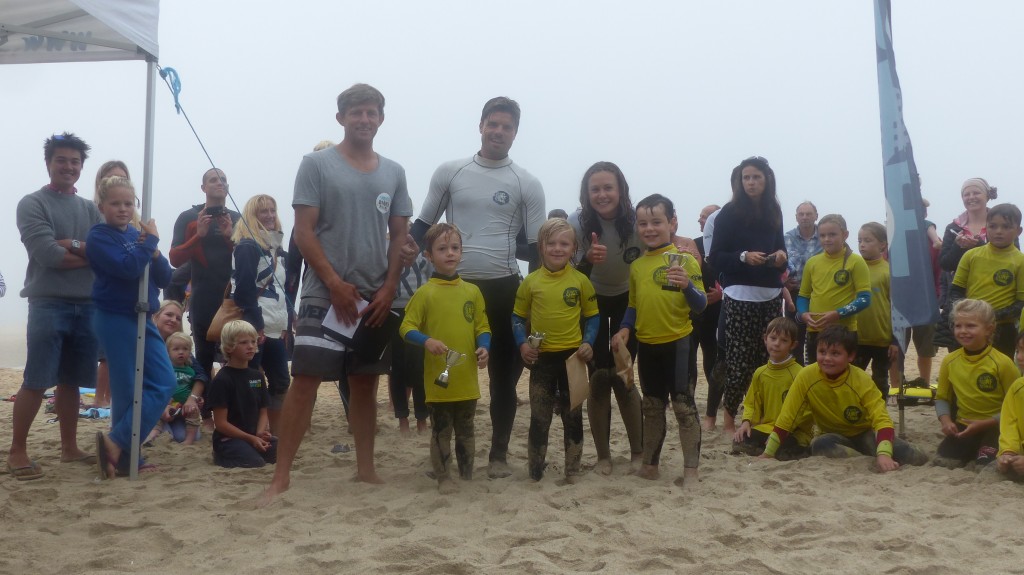 Group One Surfer of the Summer award went to Fletcher Saint. The Most Committed Surfer Award went to Leo Kirk-Mackrell. And The Most Improved Surfer was Teddy Nichols. 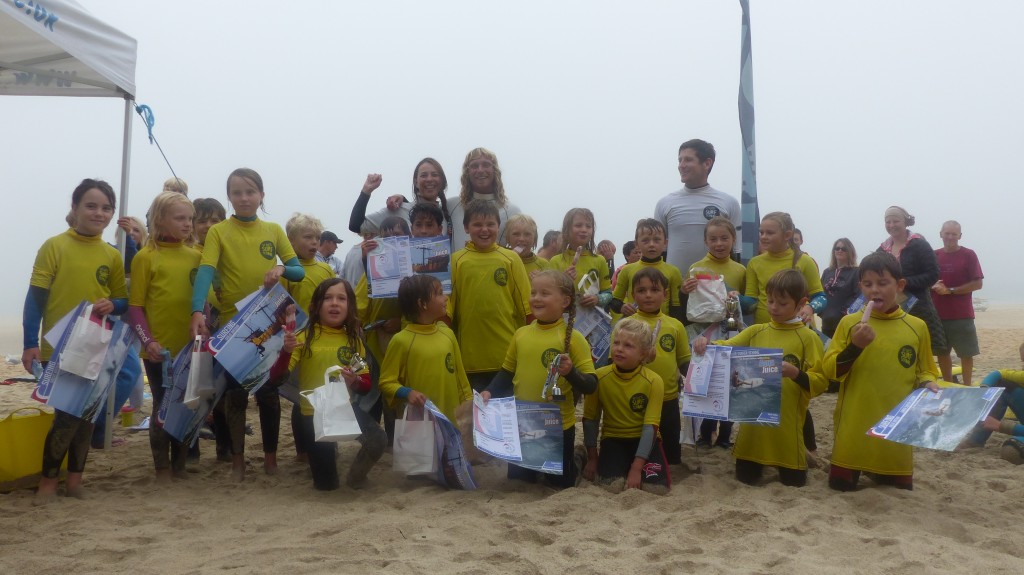 Group Two Surfer of the Summer was Sofia Hosking. The Most Committed Surfer award went to Kaitlyn Borghi. And The Most Improved Surfer was Luca Czerwinski. 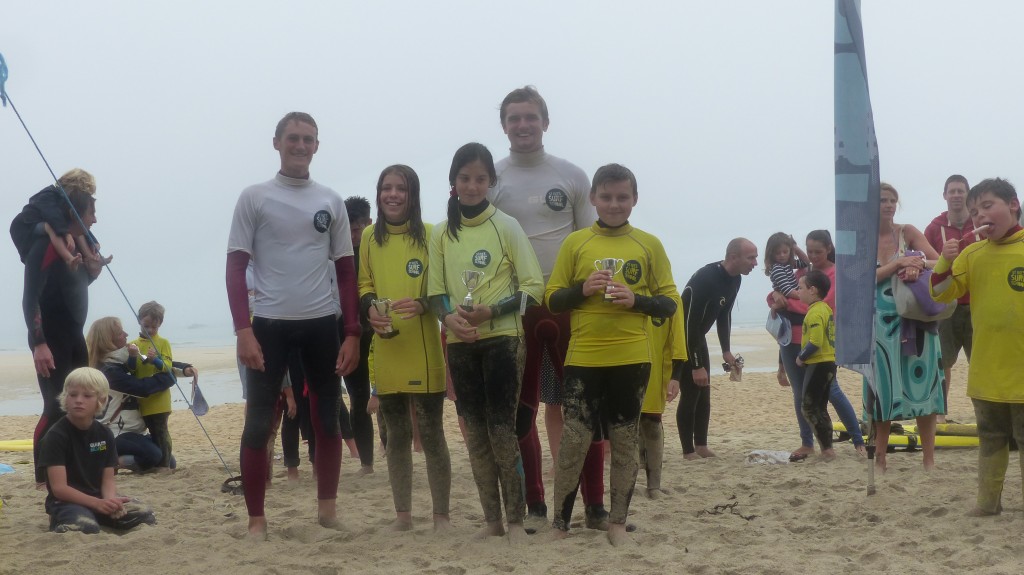 Group Three Surfer of the Summer was Kitty Lees. The Most Committed Surfer Award went to Alexander Hosking. And The Most Improved Surfer was Kaya Stattkus. 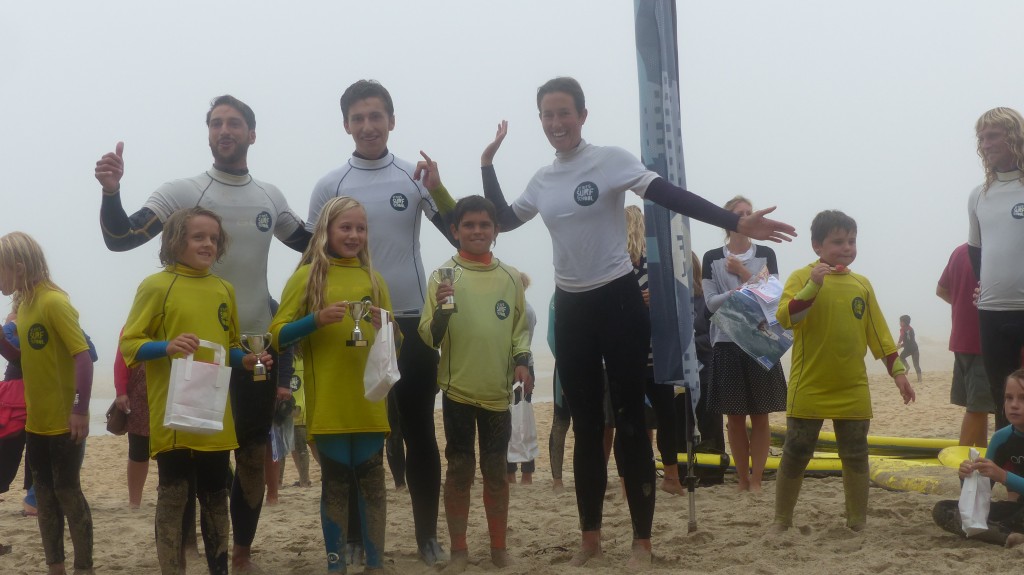 Group Four Surfer of the Summer was Nicholas Wood. The Most Committed Surfer was James Marsden. And the Most Improved Surfer award was won by Molly Cross.

We are still waiting for a season finale contest for Groups 5,6 and 7. That will be called when we see a suitable swell forecast. Watch the Facebook page for an update on that!

On behalf of Saints Boardriders I offer our heartfelt thanks to Harris and Jenna of St. Ives Surf School for their unstinting support for our club. A further massive thank you is due to the dozen or more coaches who give their time freely on a Saturday morning to enable our Kids Club to develop our junior surfers. And a thank you also to those family members who offer their help with check-ins, administration and the general business of making Saturday mornings run smoothly.

Follow us on Facebook to keep abreast of club news, and expect a shout-out with regard to registration for Kids Club 2015 around April time. Maybe see you in the sea at Porthmeor in the meantime! Have a good winter, regards from The Committee.