It’s What Groms Do!

We mature, well-balanced adults would have nothing to moan about if it wasn’t for the groms in our lives. They hang around the surf school leaving their clothes strewn about and their half-eaten lunches abandoned for the gulls to attack. They play football games that ransack numerous family camps in the vicinity, or boules games that soon come to resemble Dambuster bombing raids! And having been under our feet the whole day they are mysteriously missing when a parent turns up to take their little treasure home!

Just occasionally a grom will provide one of those priceless moments that more than rewards us for those petty annoyances – and one such event happened this week when Harris’ nephews brightened a drowsy afternoon by inventing the new sport of Bin Snorkelling as seen in the picture above. The delights of exploring the azure seas of Porthmeor must have lost their allure when the murky contents of the wetsuit washbin offer a more interesting prospect.

Similarly, Fion, a firm favourite of everyone at the school, decided to step up his progression from scooter to bike to skateboard by donning Todger’s motorbike helmet in readiness for his next step. Anyone got any XXS bike leathers for sale? 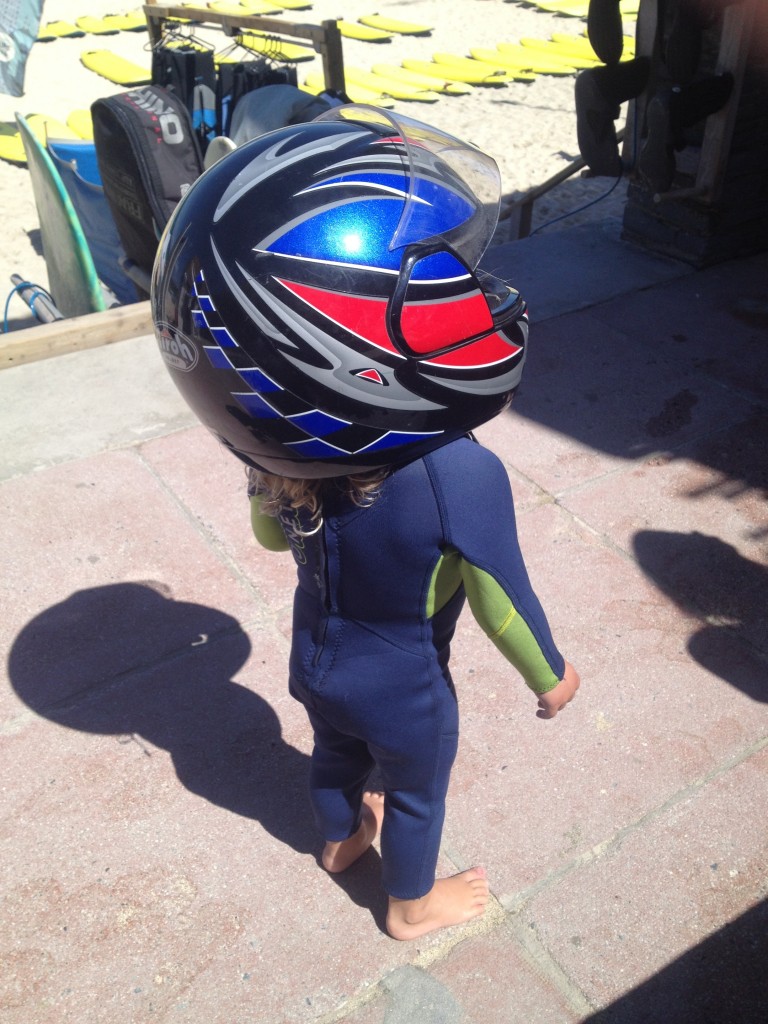 Get your motor running

Such behaviour should not be encouraged by responsible adults!